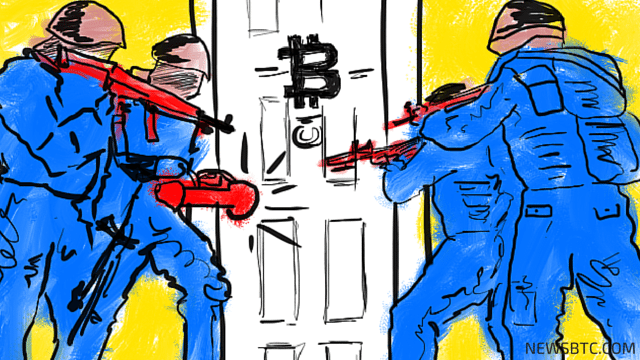 Cryptocurrency exchanges will not keep your personal information hidden from law enforcement agencies. They have no intention to do so when a court order arrives. However, turning over customer data without a court order is quite unusual. Germany’s largest exchange did exactly that, although it is unclear why. A voluntary cooperation with the authorities is commendable, but it raises a lot of questions where Bitcoin AG is concerned.

Whenever a Bitcoin exchange turns over custom data, there is some backlash. This issue is only confounded when an exchange does so voluntarily. It is unclear what Bitcoin AG is doing exactly in this regard. They received an inquiry from German police officials to share customer records. That request was originally declined, as it requires a court order. However, the company gave in eventually, which is very intriguing and troublesome.

Information pertaining to eight different Bitcoin users has effectively been turned over. All of these addresses seemingly belong to darknet users. It is unclear which marketplaces these people used to get the attention of German law enforcement officials, though.That information includes names, locations, IP addresses, bank account information, and phone numbers. Quite a bit of information to be handed out freely, that much is certain.

There is no legal requirement for Bitcoin AG to share this information voluntarily. After all, the police could have easily obtained this information through a court order. Moreover, the company can even refuse a police investigation if they want to. All of this makes the decision by Bitcoin AG a lot more controversial. This sudden change of heart is quite strange, to say the least. It is possible authorities had some leverage over the company, although that has not been confirmed at this point.

It is evident Bitcoin AG wants to get in the good graces of German authorities. They have never received a request for information without a good reason, which is good to hear. It is another example of why Bitcoin can’t be perceived as an anonymous cryptocurrency. Many people still think that is the case, but they couldn’t be further from the truth. Exchanges keep detailed customer records at all times. Moreover, Bitcoin itself has no anonymity features whatsoever. Bitcoin AG is setting an interesting precedent here, that much is evident.

BitStarz Player Lands $2,459,124 Record Win! Could you be next big winner?
Get 110 USDT Futures Bonus for FREE!
Read our comparison of 50 different crypto casinos. Find out who has most generous bonuses, best UX, knowledgeable customer support and best provably fair games.
Tags: Bitcoin AGBitcoin NewsgermanyPolice
Tweet123Share196ShareSend
Win up to $1,000,000 in One Spin at CryptoSlots