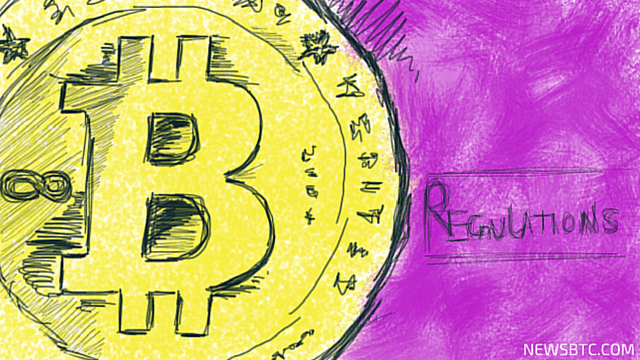 As more nations come forward with their plans for cryptocurrency regulation, lawmakers’ varied approaches to the issue highlight the many challenges and difficulties presented by such a revolutionary new asset. Around 13 countries have now imposed their own rules or announced intention to do so. Amongst them is considerable diversity. These range from outright bans in Bolivia and Ecuador to fully legal status in Japan.

The latest nation to hit the headlines in relation to digital assets is Russia. Their executive have long been sceptical of cryptocurrency but now it appears they’re ready to act upon it. On Tuesday on this week, President Vladimir Putin called for regulation of the space, expressing the “serious risks” they pose to the state through money laundering and tax evasion. The announcement was coupled with central bank officials declaring their cooperation with prosecutors to block cryptocurrency exchanges from the public. The first governor of the Russian central bank went even further with his damnation declaring Bitcoin “a pyramid scheme.”

China too has appeared equally hostile to cryptocurrency, although as per tradition, their cards have been kept much closer to their chest. Early September saw the pseudo-communist power ban fund-raising via initial coin offerings. This was followed by several exchanges announcing they would cease operation there. Lately, rumours have been circulating that China will soon embrace Bitcoin once more, only this time with much tougher regulation around the space.

However, ever-resilient to attack, Bitcoin found a way. Thanks to trading platforms like LocalBitcoins, and encrypted chat platforms like Telegram, the Chinese public are still able to buy and sell cryptocurrency. Judging by the swells in activity on both the aforementioned platforms, the people aren’t going to give up crypto lightly.

Nor is it possible to completely wipe out crypto. Thanks to the peer-to-peer, distributed network upon which the currency runs, users can interact with blockchains as long as they have access to the internet. The system requires no nod from either bank or government. In an amusing analogy, Alex Tapscott, of NextBlock Global Ltd., likened attempting controlling digital assets to “trying to catch water.”

Such sentiment hasn’t stopped the likes of Russia, Bolivia, Ecuador, South Korea, and China from attempting to limit access to all or some aspects of cryptocurrencies. It’s hardly surprising that nations with large governments would fear such a radical, seemingly chaotic commodity. Roger Ver, Bitcoin proponent and entrepreneur outlines some of their fears:

As cryptocurrencies gain wider acceptance, their ability to undermine politicians increases… The invention of bitcoin is one of the most liberating technologies in all of human history. It is on par with the importance of the invention of the printing press, or the internet itself.

Elsewhere, things are much less fatalistic. Rather than talking of bans, a European Central Bank worker last week claimed that the institution were talking about “concrete legal restrictions” on digital coin sales.

The United States have taken tentative steps formulating their stance on cryptocurrency regulation. The US Commodities Futures Trading Commission legally classified Bitcoin as a commodity, and this year approved the first options trading, clearing, and settlement firm. The SEC have also offered some preliminary words regarding initial coin offerings. In July, they said that ICOs are to be classified as securities and therefore must fall under the same legal requirements. However, they did offer a proviso if “a valid exemption applies”.

Meanwhile in the UK, Bitcoin is treated in exactly the same way that foreign currency is. It’s therefore exempt from value added taxes. The British legislature were one of the first to publish clear regulation, and directives. They did so in 2014 stating: “bitcoin may be held as an investment or used to pay for goods or services at merchants where it is accepted.”

Going one step further is Japan. Earlier this year, the country recognised Bitcoin as legal tender, and legislated on cryptocurrency exchanges. This essential green-light from the Japanese government is helping to cultivate a rich hive of entrepreneurial activity, and it’s no surprise that Japan are now trading volume leaders in the digital currency space. There are also strong indicators that Vietnam are preparing to do the same.

As more countries attempt to draft their own cryptocurrency regulation for themselves, it’s likely that this diversification of legislative approaches will continue. With some of the largest economies on the planet having already made their feelings about crypto known, and the price still creeping towards that illustrious $5,000 psychological barrier, it’s hard to imagine the value of the network depreciating in any catastrophic fashion any time soon. That said, this is crypto and after a while in the space, nothing really comes as a surprise anymore.