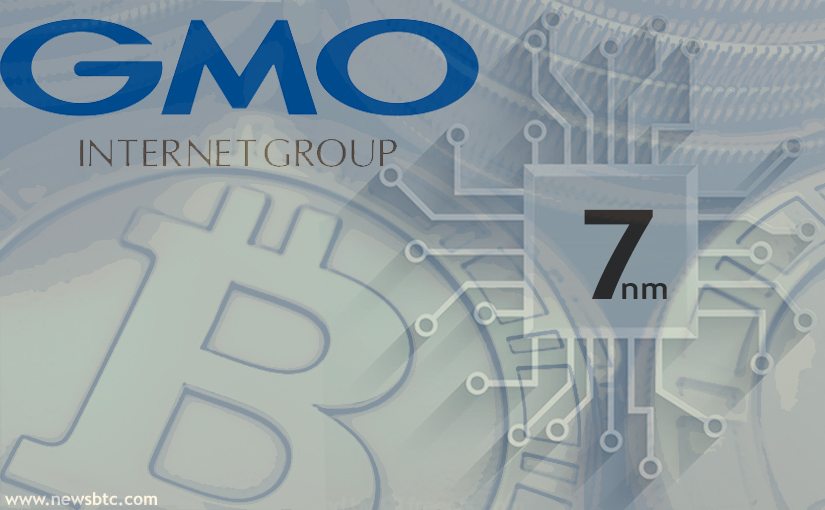 Most people assume there is no further progress to be made in the Bitcoin mining chip department. We have seen some major breakthroughs over the past few years already GMO Internet, a well-respected Japanese company, has made a shocking announcement. They will introduce 7nm Bitcoin mining chip to the public very soon. An interesting concept, especially when considering how this will be done through an ICO.

When GMO Internet announced their Bitcoin mining venture, people were taken by surprise. A Japanese internet giant getting involved in cryptocurrency mining is rather unusual. That situation becomes even stranger when considering how the company will develop its own hardware. More specifically, the company will develop 7nm chips. Up until this point, no other mining manufacturer has been able to do the same.

One would expect such a small chip to be far less powerful.Whether or not that is the case, remains to be determined. According to GMO Internet, the chip can mine at 10TH/s. That is a rather high number, though. It is unclear how many of these chips will be put into actual miners. Being able to develop this cutting-edge 7nm technology is a big deal, to say the least. The company also claims these chips will be incredibly energy-efficient.

As we have seen in the past, not all of these promises come true. More specifically, a lot of mining manufacturers claimed major improvements and never delivered. GMO Internet is a far more respected name in the technology industry. However, they have zero experience developing chips or Bitcoin mining hardware. It will be interesting to see how this venture plays out in the long run.

Perhaps the most interesting development is how these chips will be sold. More specifically, GMO Internet will introduce this business through an initial coin offering. Users who buy these tokens will have access to the company’s own cryptocurrency mining facility. There is no mention of effectively bringing these chips to consumers directly. That in itself isn’t surprising by any means, to say the least. Still, the project is well worth keeping an eye on, to say the least.

BitStarz Player Lands $2,459,124 Record Win! Could you be next big winner?
Get 110 USDT Futures Bonus for FREE!
Tags: 7nm Chipsbitcoin miningBitcoin NewsGMO internet
Tweet123Share196ShareSend
Win up to $1,000,000 in One Spin at CryptoSlots