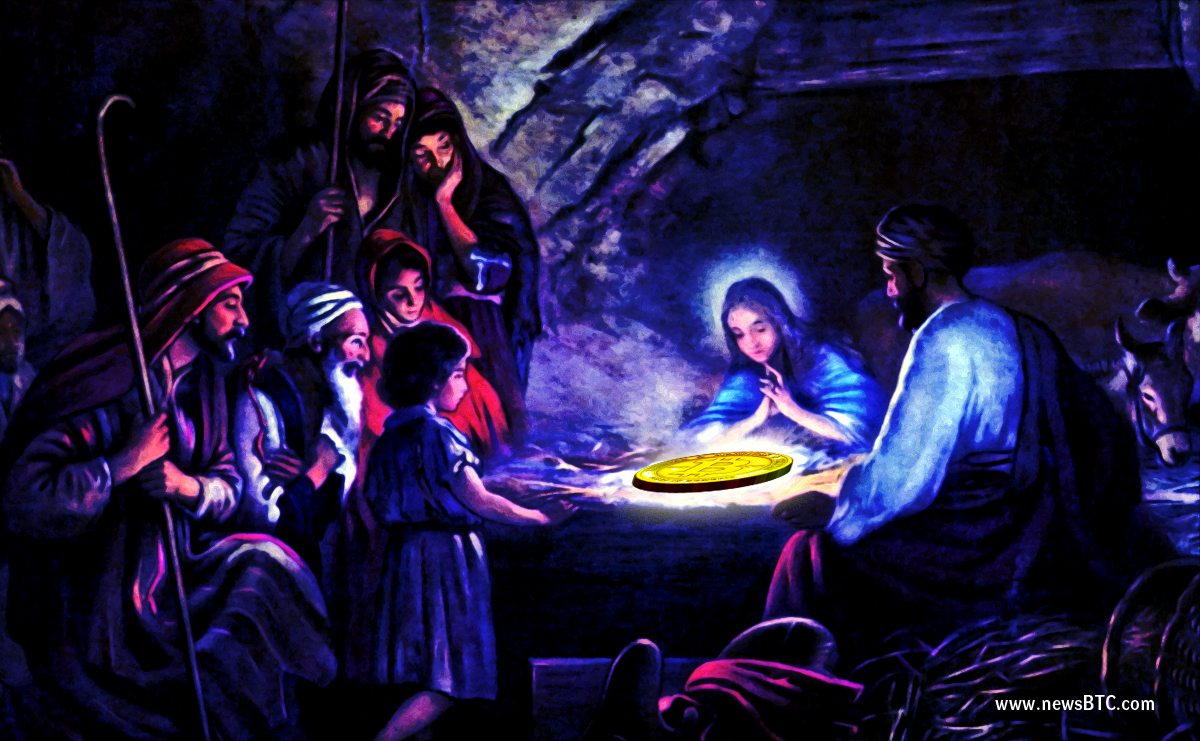 As if Bitcoin miners didn’t have enough forks on their plate another one is coming up on Christmas day of all things. In addition to an already heavily forked cryptocurrency that consists of Bitcoin Classic, the now-defunct Bitcoin XT, Bitcoin Cash, and Bitcoin Gold, they will soon be joined by Bitcoin God.

Yes, you heard it right; Bitcoin God is due to be forked off on Christmas day by Chinese blockchain investor Chandler Guo who has announced he will release his own version of the cryptocurrency.

This will effectively create another network snapshot clone of Bitcoin. This results in the new chain sharing exactly the same history as the legacy blockchain up until a certain block height. From then on the new chain records its own transactions and miners who have adopted it add new blocks going forward.

“Bitcoin God (GOD) will be forked off the main bitcoin chain at the block height of 501225, which will happen on December 25th to be symbolic of me giving candy to all bitcoin holders. The total amount will be 21 million. No pre-mine. Everyone can claim their GOD from major exchanges all over the world. The profit from POS mining will be distributed to all Bitcoin users.”

Bitcoin God will not be the only forking thing to happen in December as there are much more afoot. A Github repository referring to something called Bcash stated: “Bcash is a new cryptocurrency that uses the existing Bitcoin ledger combined with Zcash privacy technology,”. The developer who remains anonymous claims that Bcash is not associated with Bitcoin Cash and the project is an entirely different network in the making. They urged traders to be wary of scams going under the Bcash name.

Bitcoin Diamond forked at block 495866, may also make an entrance around the same time with futures already listed on Coinmarketcap trading at around $45. The drive for new clones is to attract investors by offering them a free equivalent of whatever they old in the original chain. The BCD team stated:

Unlike the public BTC ledger, Bitcoin Diamond would encrypt the amount and balance, which will provide greater privacy to users of the new coin.

It seems like a forking busy Christmas in crypto-land is on the cards. 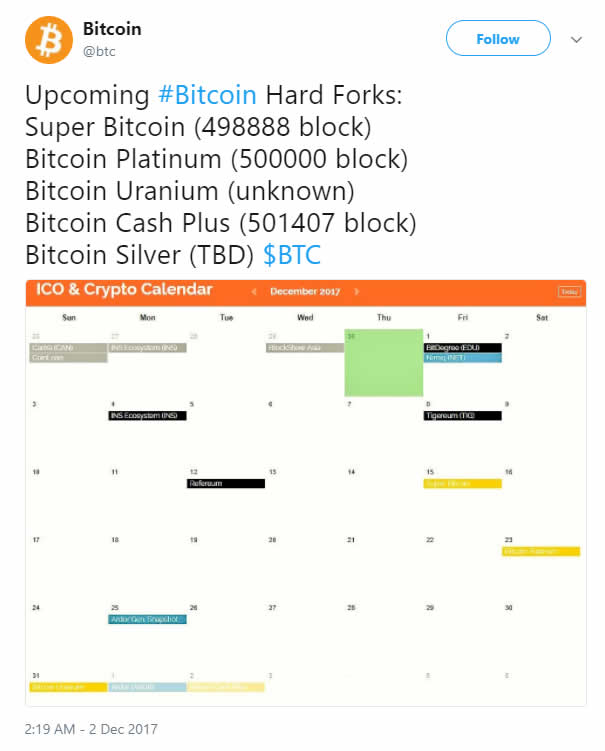 Tags: bitcoinBitcoin CashBitcoin Corebitcoin godbitcoin goldbitcoin hard forkBitcoin Newshard fork
TweetShare
BitStarz Player Lands $2,459,124 Record Win! Could you be next big winner? Win up to $1,000,000 in One Spin at CryptoSlots