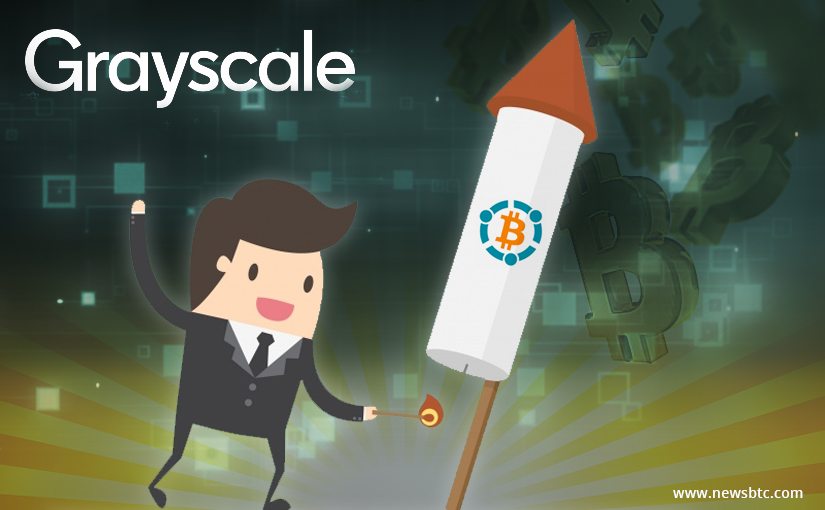 Bitcoin Cash has been a rather remarkable cryptocurrency these past few weeks. With its value slowly picking up, things are evolving in the right direction. It turns out Grayscale Investment may launch a BCH entity in the near future. This would work similar to the Bitcoin Trust – or GBTC – but solely focus on BCH. Percentages will be distributed among GBTC shareholders.  A novel idea which will help put Bitcoin Cash on the map.

Most people in the cryptocurrency world are familiar with the Bitcoin Trust. This fund provides investment shares from the net asset value of Bitcoin to shareholders. With the recent price momentum, this fund has spiked in popularity. Even though company shares come at a premium compared to the Bitcoin price, investors see a bright future ahead. With the Bitcoin Cash fork taking place recently, a new opportunity has arisen. More specifically, Grayscale is still exploring the implications of BCH for GBTC and its shareholders.

After all, the objective for Grayscale Investment is to maximize shareholder value. It is possible we will see a separate entity for BCH in the future. This entity will hold the BCH belonging to the company. Moreover, it will distribute interests to GBTC shareholders accordingly. In a way, this would mean GBTC shareholders will make more money depending on how the Bitcoin Cash price evolves. It does not appear this will raise the GBTC price, though. Then again, that value is already rather high compared to the Bitcoin market average.

As one would expect, this concept needs to be discussed with US regulators. Both the IRS and the SEC are partaking in this debate, which is good to see. It is of the utmost importance for Grayscale Investment to properly take care of any regulatory requirements in this regard. Even though both the IRS and SEC find it difficult to deal with BTC, BCH is another creature entirely. Coins in circulation were issued to BTC holders initially. Ever since they have found their way to dozens of exchanges where they can be traded for fiat currencies.

It appears the regulatory guidance will play a big role in this new entity. Grayscale Investment hopes to receive guidance on BCH regarding the distribution to shareholders. Right now, there are no assurances on whether or not BCH will become part of the portfolio, though. It is good to see the company explore the option, at least. Bitcoin Cash is slowly gaining more recognition on a global scale, that much is evident. Having Grayscale Investment on board would be a major development for this ecosystem.

Get 110 USDT Futures Bonus for FREE!
Tags: Bitcoin CashBitcoin NewsgbtcGraysale Investment
Tweet123Share196ShareSend
BitStarz Player Lands $2,459,124 Record Win! Could you be next big winner? Win up to $1,000,000 in One Spin at CryptoSlots