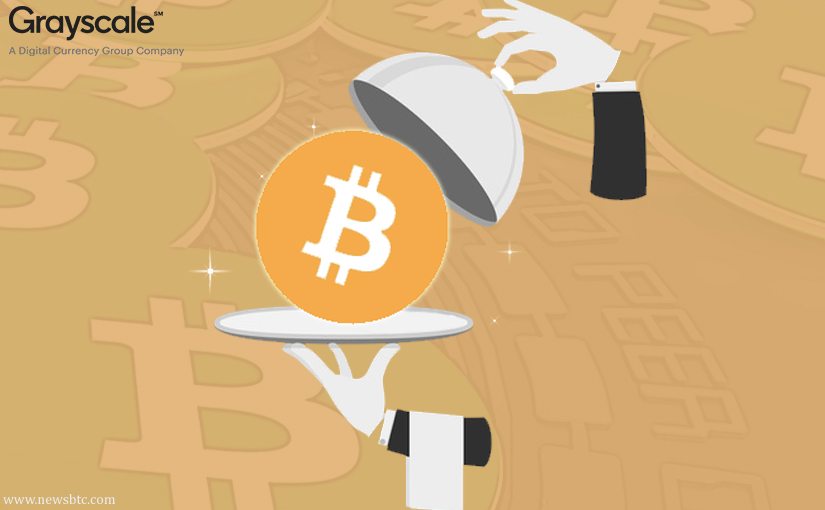 Bitcoin Cash supporters will be pleased with the Grayscale Investments news. This company decided to sell investors’ BCH balance instead of issuing it to them directly. Said liquidation process has been officially completed as of two days ago. A total of 172,501 BCH tokens has been sold on the open market over the past five weeks. So far, this has not had any major impact on the price whatsoever.

In a way, this liquidation has been a good thing. with so many tokens controlled by one entity, Grayscale Investments could have crashed the market. Instead, they took the slow route and slowly released funds on the market. The tokens were in the company’s custody as of November 6th of 2017. According to their Trust Agreement, all tokens were liquidated on behalf of their customers. All cash proceeds will be issued to shareholders of the company accordingly.

More specifically, every shareholder will receive a sum of $113.195042 per share. This is good news for Grayscale Investments shareholders. Some people will probably get more money than originally expected. After all, the Bitcoin Cash price has gone through a volatile period ever since it came to market. However, things have stabilized around the $1,400 mark for some time now. This liquidation did not trigger any major market shifts, which is somewhat surprising.

It will be interesting to see what the future holds for Bitcoin Cash. With this major liquidation behind us, the market will have an easier time standing its ground. Most tokens have surged in value over the past few days, and it seems  BCH will continue to do exactly that as well. How things will play out for all parties involved, remains to be seen, though. Now that Grayscale Investments is no longer a threat looming overhead, things look pretty decent for BCH.

The year 2017 has been pretty interesting for all cryptocurrencies. Despite so many people opposing Bitcoin Cash from the start, the altcoin is surviving with relative ease. Grayscale Investments successfully did its part in this matter and this hurdle is now behind us. The end of 2017 will most likely bring some more fireworks, to say the least. How things will play out, remains a big mystery, for the time being.

BitStarz Player Lands $2,459,124 Record Win! Could you be next big winner?
Get 110 USDT Futures Bonus for FREE!
Read our comparison of 50 different crypto casinos. Find out who has most generous bonuses, best UX, knowledgeable customer support and best provably fair games.
Tags: BCHBitcoin CashBitcoin NewsGrayscale Investments
Tweet123Share196ShareSend
Win up to $1,000,000 in One Spin at CryptoSlots