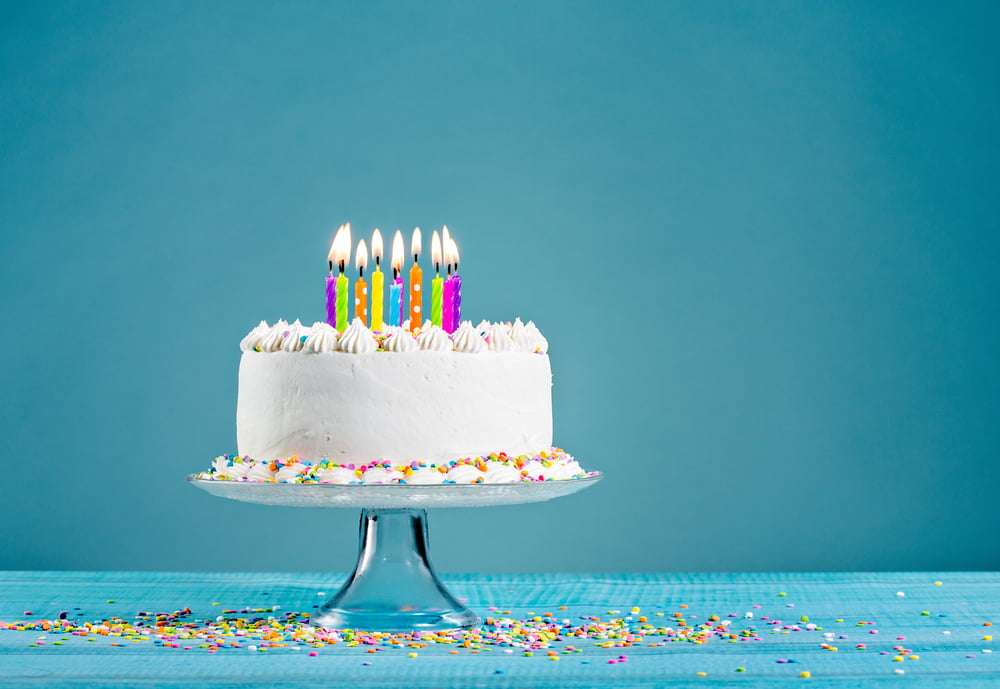 In late-October, NewsBTC reported that Bitcoin turned ten. While this was factually accurate, the world’s first cryptocurrency turns a decade-old yet again on January 3rd, as Satoshi Nakamoto processed the first official block on this exact day, only ten years ago. This industry occurrence didn’t go unnoticed, as crypto enthusiasts en bloc(k) have taken to Twitter, expressing their love for Bitcoin’s inherent ability to turn the centralized establishment on its head. Even BitMEX, one of the most influential crypto startups in 2018, got in on the fun.

Ten years ago, sequestered away from the outside world, Satoshi Nakamoto, the individual or group responsible for Bitcoin’s birth, mined the first block. And while the network’s origins were nothing spectacular — as rumor has it that Satoshi mined blocks with a mere mid-range desktop, which probably ran loud and hot — a revolutionary force was set in motion nonetheless.

Bitcoin’s creator acknowledged the potential paradigm-shifting power of their innovation, transcoding a pertinent headline from The Times, a British newspaper, into the Genesis Block. Nakamoto never explicitly stated the reason behind the headline, which read “Chancellor on brink of [the] second bailout for banks,” but many decentralists claim that it was an evident jab at centralized financial entities. So, it has become widely agreed that this wasn’t any old headline snagged from one of the internet’s thousands of RSS feeds, that’s for sure.

Now, On January 3rd, 2019, BitMEX, the Hong Kong-headquartered exchange that has rapidly become the de-facto hub for cryptocurrency traders, took to Twitter to give its community a bit of a surprise. Through a tweet that has been shared to hell and back, the exchange, estimated to have made $1.2 billion in fiscal 2018, revealed that it left a cheeky message in Thursday’s installment of The Times.

The message, which encompassed the paper’s entire lower quarter, read “Thanks, Satoshi. We owe you one.” BitMEX also wished a happy birthday to Bitcoin, while leaving the hash to the first block processed on January 3rd, 2019 (553,509). In this block, processed by Bitmain, Jihan Wu and the Beijing firm’s other heads included “ThanksSatoshi” in the Coinbase input.

Considering that BitMEX secured a front page advertisement, on the exact same publication that pushed the text embodiment of Satoshi’s rallying cry, many crypto community members were taken aback.

Nic Carter, a leading Bitcoin proponent, gave the exchange his accolades, jokingly wrote “Satoshi bless you” in an evident play on words. Alistair Milne, a pro-Bitcoin investor and entrepreneur that openly bashed the growing global debt levels, noted that the cheeky newspaper advertisement was a “great idea.” While Arthur Hayes, chief executive at BitMEX, simply wrote “strong to very strong,” likely touching on Bitcoin’s stellar fundamental performance since block one.

Jill Carlson, a cryptocurrency researcher and journalist, quipped that BitMEX “couldn’t have gotten a better headline too.” Carlson was drawing attention to Thursday’s The Times headliner, which read “Universities face credit crunch as debt spirals,” an accurate depiction of macro markets today.

The Times may not be the most well-circulated newspaper, but BitMEX’s efforts to go above and beyond the call of duty, on Bitcoin’s birthday out of all days, was appreciated by the cryptosphere en bloc.

BitMEX wasn’t the only group celebrating his key date. Weeks ago, Trace Mayer, a leading early-stage Bitcoiner and decentralist, began campaigning for an annual event that has been dubbed “Proof of Keys.” Proof of Keys, for those who missed the memo, is an event that implores cryptocurrency investors to withdraw 100% of their holdings off centralized exchanges. Proof of Keys’ official website reads:

“Every year HODLers celebrate with a test of trust. HODLers test people, exchanges, corporations and other services. Get withdrawals limits ready. Plus, one can easily forget where small amounts of bitcoins are. Remember and find them. Most importantly, HODLers can test themselves.”

Although this is meant to be an exercise to challenge centralized parities in the pro-decentralization movement that is cryptocurrency, Balaji Srinivasan, the chief of technology at Coinbase, commented positively on the matter. In a tweet, Srinivasan quickly outlined the event, before explaining how users of Coinbase could withdraw their BTC and other crypto assets from the platform.

Tomorrow is the 10th anniversary of Bitcoin's Genesis Block. On that day, many will be doing #ProofOfKeys, which means sending your crypto from an exchange to a local wallet (and back, if you want). Learning how to do this will teach you about private keys & monetary sovereignty.

Other notable industry insiders also came out in support of Proof of Keys. Blockchain.com, the San Francisco-based firm that manages the world’s most popular crypto wallet, along with ShapeShift, AirSwap, Ledger, and dozens of other startups, expressed the importance of the event. Even Weiss Ratings, the Florida-based markets research group behind a controversial crypto rating report, noted that as cryptocurrencies were designed to disintermediate consumers and their money, Proof of Keys is a perfect initiative to accentuate this raison d’etre.

Arguably, Bitcoin is vastly stronger than it was just ten years ago. But there’s still a ways to go, especially as centralized entities continue to tighten their vice on the world’s common Joes.

Related Reading: Travis Kling: “Significant Chance” That Crypto Will Outperform Everything In 2019

Tags: bitcoinBitMEXSatoshi Nakamoto
Tweet123Share246ShareSend
Win up to $1,000,000 in One Spin at CryptoSlots