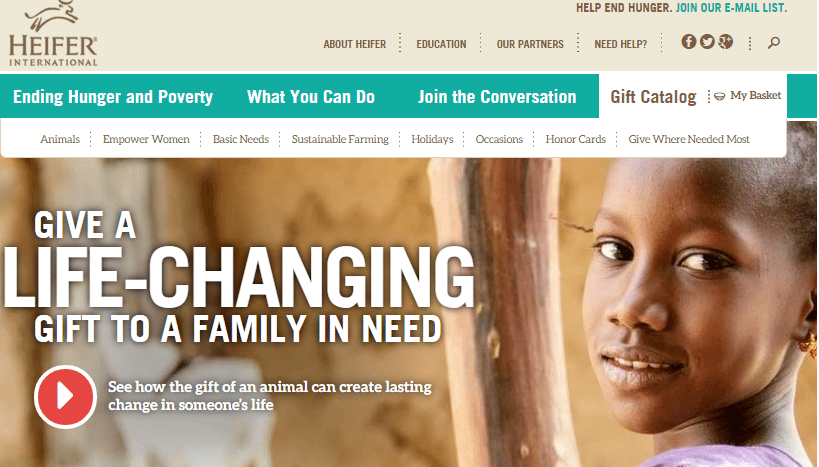 The non-profit industry is definitely warming up to the thought of adopting bitcoin as an additional channel for receiving donations. Heifer International, a 72-year-old nonprofit has become the latest one to join the ranks by tying up with BitPay.

In the present day, Heifer International is focused on alleviating hunger and poverty across the world. With the inclusion of bitcoin payments, the organization intends to reach out to the young population, encouraging them to donate bitcoin to the cause. In addition, the adoption of bitcoin payments also makes it easier for Heifer International to receive donations from across geographies. The transaction fee and the time taken for the funds to reach the organization is much lesser with bitcoin as against the conventional payment methods.

The adoption of bitcoin by Heifer International will also make it easy for the organization to channel funds to its operations across the world. The use of bitcoin and the contribution of the Bitcoin community towards philanthropic causes is well documented. Many people have come forward in the past on multiple occasions and donated bitcoin for causes like the Nepal Earthquake Relief and upliftment of the homeless communities in the United States.

The bitcoin donations made to Heifer International will go towards the programs where the nonprofit organizations provide gifts of livestock and offer training to help farming communities out of poverty.

Recently another nonprofit, the WaterAid announced its partnership with a regional bitcoin startup BTCX to receive bitcoin donations. The donations received by the global nonprofit organization will be used towards providing potable water and sanitation facilities to those who are unable to afford them. There are many organizations that are adopting the digital currency, and we can expect the trend to pick up in the near future as the bitcoin community grows in numbers and starts using bitcoin for transactions on a regular basis in the coming days.

Meanwhile, those interested in making donations to the Heifer International can do so at the following link.