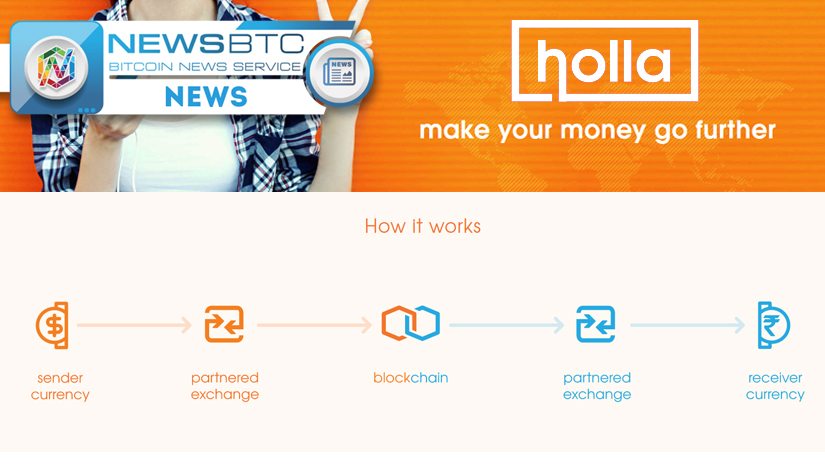 Back in November of 2015, we reported on a little start-up called Bitholla, which sprouted from the burgeoning Seoul Bitcoin community. Inspired by many late-night events, they decided to create a mobile app called Bitholla to help Bitcoin users find, communicate and send money to each other on a local map.

While it was initially just used locally for things like splitting bills, this grassroots project would soon gain recognition from the wider Bitcoin community as well as institutional support. With it, they now plan to release a unique new app called Hollapay, which is designed to make remittance cheaper and easier around the world.

In December 2015, the Inside Bitcoins conference came to Seoul. Hollapay CEO Ali Beikverdi—then a Masters candidate researching cyber security and cryptography—participated in a panel on blockchain technology, while COO Paul Bugge presented their case at the Startup Competition in a series of lightning talks.

To everybody’s delight, they won! With 2 million KRW worth of Bitcoin in tow, Hollapay went on to attend more conferences and meet some important partners. They found a key investor in Brad Chun, a blockchain expert and CEO of Mooti who advises their team as a board member. Other team members include Ben McDonald, Adrian Pollard and Momed Bahaedin, long-time members of the Seoul Bitcoin community.

For institutional support, they turned to Mox, a mobile-only accelerator. Through an 8-week intensive program, they provided mentorship, funding and promotion to Asian markets. The Hollapay app will also be pre-bundled in phones distributed by GMobi and benefit from ads and push notifications directly to Asian consumers.

Those demographics are crucial to the remittance market, which Hollapay intends to capture. Instead of building a pathway of their own, however, they’ve built a fee aggregator and metasearch engine to bring them all together. Just like Skyscanner puts every airline in one place and can combine them to find the cheapest or fastest option, Hollapay does the same with various remittance gateways and channels.

Featured among those is blockchain technology, which the website touts (and Bitcoiners know) as faster and cheaper than other methods—sometimes instantaneous or free. They’ve partnered with exchanges such as Korbit, Coinone, Quoine, CHBTC, Coinsecure and more to facilitate this, allowing one to put in local currency in one country and get out another local currency on the other end.

Hollapay tracks the whole process for users, allowing them to see where their funds are every step of the way. In addition to providing security, Hollapay’s team also believes this will increase competition and reduce inefficiencies in the remittance industry. Best of all, they do this at no additional charge to users! Check it out on the Google Play Store later this year.

Tags: appbitcoinbithollablockchainBlockchain TechnologycryptocurrencyhollapayNewsremittance
Tweet123Share196ShareSend
Win up to $1,000,000 in One Spin at CryptoSlots