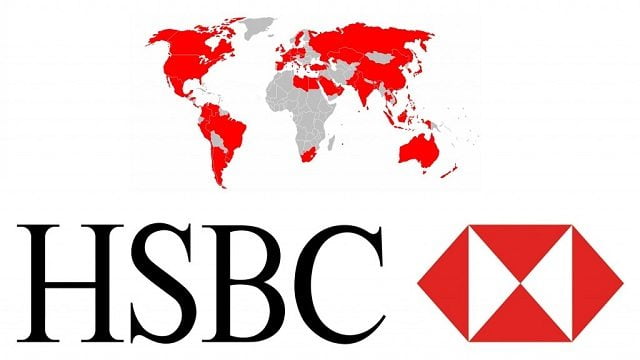 Whenever a major bank advises its customers to spend less and save more, there is always a hidden meaning behind the message. In the case of HSBC, they intend to make consumers more aware of their spending habits and reduce future debts through the Nudge app. But at the same time, money stored in a savings account allows the bank to generate more profit and puts consumer funds at risk. Bitcoin, on the other hand, gives consumers complete financial freedom and does not allow for anyone to create debts in a traditional sense.

Reading media headlines regarding banks these days can be a source of a lot of confusion and controversy. On the one hand, the banks want consumers to spend more and boost economic growth in just about every part of the world. At the same time, these institutions advise investors to pull their funds out of volatile assets and foreign currencies and either buy bonds or store money in their bank account.

HSBC has taken things one step further by launching a new mobile app, called Nudge. The goal of this application is to reduce consumer spending and get them to save more funds for a rainy day. On paper, there is nothing wrong with this concept, were it not for the profits banks stand to gain from funds “resting” in savings accounts.

All of the funds stored in a savings account gives the bank an extra opportunity to lend that money to other financial players in exchange for hefty profits. While there is such a thing as a ”bank deposit guarantee”, very few people will ever recoup their full amount of money once the institution goes bankrupt. Needless to say, more funds stored in a savings account is not doing the consumer any favor, and only the bank stands to gain from this course of action.

That being said, the Nudge app presents a convenient way for consumers to keep an eye on their spending habits. Furthermore, users will be able to keep track of their income on their mobile devices, and see how both balances correlate over time. Even though Nudge is not available to the public just yet, a select group of 500 people is currently testing the application and providing feedback.

Despite best efforts by HSBC, the Nudge app might not be as useful for some bank customers compared to others. There is a certain percentage of the population who would benefit from this concept, though, and reap the rewards by creating less debt to pay off in the long run. Overdraft charges need to be avoided by consumers at all costs, and various banks have started to take action by texting customers regarding these impending charges.

Bitcoin Grants Financial Freedom With No Room For Debt

Unlike the traditional financial world, popular digital currency Bitcoin offers all of its users complete financial control and freedom at any given time. By putting the end user in full control of their funds – without intermediate oversight – Bitcoin is all about using funds when people want, where people, on any device people want.

But there is another major difference between banks and Bitcoin, and that is how the latter doesn’t allow consumers do go into debt or be charged overdraft fees. Once a person’s Bitcoin wallet is empty, there is no option to spend more funds until they acquire more bitcoins. Plus, a Bitcoin user can never spend more than their wallet balance either.

Looking at things from a consumer spending behavior point of view, Bitcoin is a clear example of how people can be put in full control of their finances, without risking debt. In the traditional financial ecosystem, there is no alternative that offers both freedom and prevents debt at the same time. The Nudge app is an intermediary tool on top of an intermediary network to give banks more control over users’ finances.

Tags: bitcoindebtEcoonmyFinancial FreedomhsbcMobile AppNudgeOpinionspending
Tweet123Share196ShareSend
BitStarz Player Lands $2,459,124 Record Win! Could you be next big winner? Win up to $1,000,000 in One Spin at CryptoSlots