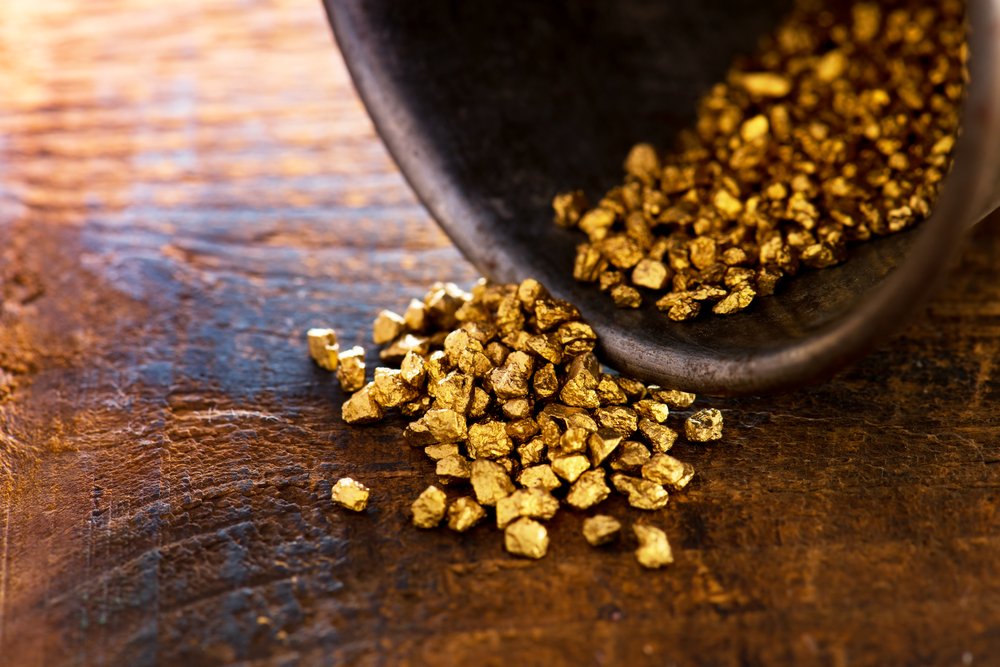 Investment Firm: Bitcoin Might Already Be Better Than Gold, Here’s Why

Satoshi Nakamoto, the pseudonymous creator of the Bitcoin (BTC) project, always expressed an inkling of mistrust and cynicism towards centralized institutions, including Wall Street and the incumbent government. This theme was only accentuated when the first ever crypto diehard embedded a Financial Times headline, which pertained to 2008’s Great Recession, into the coinbase of his/her brainchild’s first-ever block.

But over the years, the underlying value proposition of Bitcoin has been misconstrued, especially as ‘get rich quick’ schemes have become a sector mainstay. In fact, many argue that now, BTC’s primary use case isn’t as a media of exchange, but as a speculation instrument, giving its ‘investors’ an asymmetric risk-return profile. However, some are sure that Bitcoin is best suited as a form of digital gold.

Gold has been an integral part of human society for hundreds, if not thousands of years. Although the precious metal does have viability as a component for modern technologies, gold has, is, and will likely continue to be primarily used as a store of value, an asset that allows its holders to keep their wealth over time, rather than lose it due to inflation of fiat monies or the destruction/degradation of purchasable goods.

But, a contender to gold’s hegemony as the go-to value store is approaching. And that contender, if you haven’t guessed it already, is Bitcoin. Grayscale Investments, an investment subsidiary of crypto industry conglomerate Digital Currency Group, recently released an extensive report on why Bitcoin might be better than the already good gold.

Grayscale’s team, known for putting out works on industry trends, such as the impending block reward reduction, first pointed out that gold’s usability has plummeted in the 21st century. The long and short of it was: try purchasing your groceries with gold.

Respects were paid where they were due, however, with Grayscale noting that the metal remains a viable store of value against inflation, especially in nations which are stricken with “hyperinflation, currency wars, and imprudent monetary policies.” Gold’s value is only accentuated when you realize that the average lifespan of a government-issued currency is 30 years. No, not 300, but a mere three decades.

But Bitcoin may do an even better job than gold. Unlike the metal, BTC is mathematically scarce, capped at 21 million units; BTC is decentralized and verifiable through the Internet; BTC is portable and divisible through digital technologies, and is unconfiscatable. Gold, on the other hand, has an unlimited supply, centralization risks, an inability to be easily divided and moved around, and concerns around its purity. The chart below from Grayscale sums this argument up fairly well.

The benefits that Bitcoin provides has led some, like Gemini’s Tyler Winklevoss to quip that the only thing that gold has over BTC is a “3,000-year headstart.”

What A World Where Bitcoin > Gold Would Look Like

Let’s say the world realizes the potential that Bitcoin holds, resulting in the world looking to store their value in BTC compared to gold. What would this hypothetical (yet totally possible) world look like?

According to HodlWhale, a Seattle-based cryptocurrency investor, a world where Bitcoin has absorbed all the value of the gold in circulation would see BTC valued at $350,000.

If #Bitcoin were to displace the value of gold the current value of a single Bitcoin would be $350K. Bitcoin has the ability to displace value across many financial and technology markets. $BTC is greater than #Gold #BTC350K

This figure isn’t exactly baseless. As reported by NewsBTC on an earlier date, all gold in circulation is currently valued at approximately $7.83 trillion, while all BTC has a mere $94 billion valuation. If the latter was to fully displace the value of the first, Crypto Voices, an industry analytics and research group, estimated that BTC would swell to a value of a casual $450,000 — slightly above HodlWhale’s estimate.