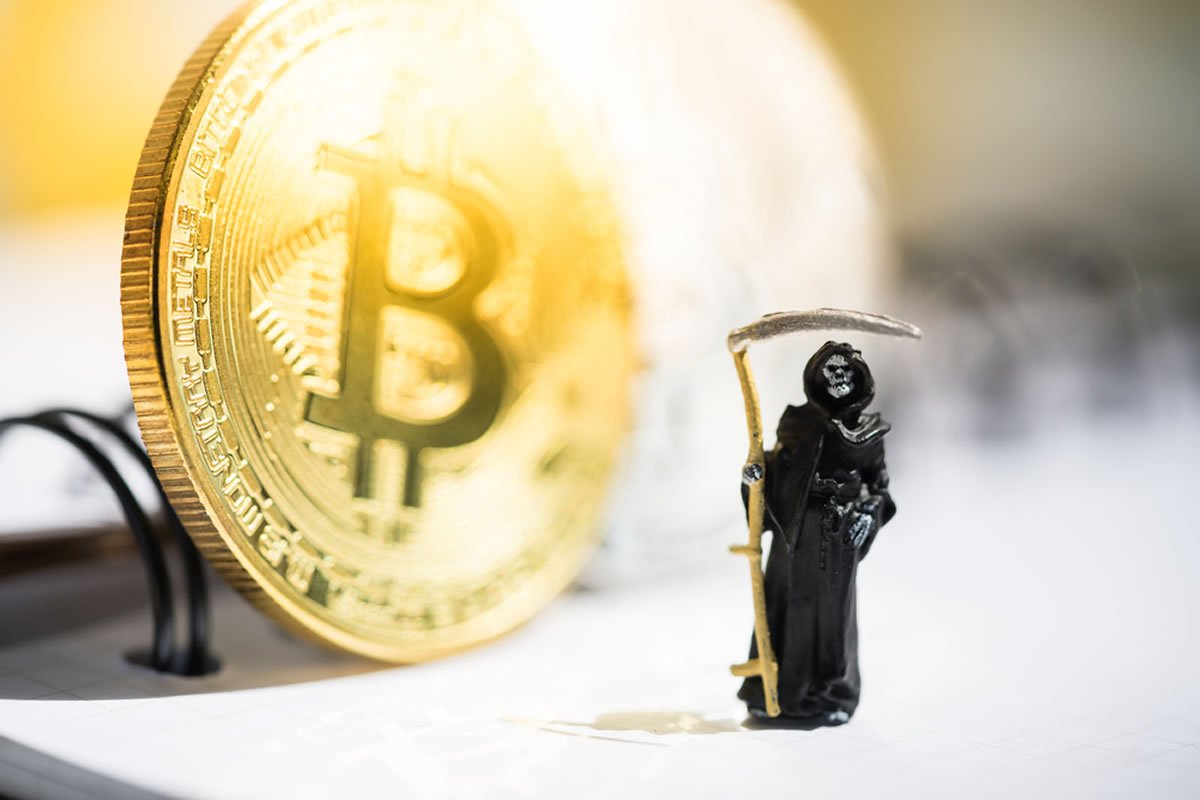 An investment analyst has predicted the ‘death of Bitcoin’ articles will show the key moment to invest in Bitcoin. Following the ‘bubble popping’ over the last year, the analyst claims that this will be the buy signal for him and others to invest.

No Such Thing as Bad Press

Bitcoin has ‘died’ countless times according to the media. 99Bitcoins puts the figure at 306 deaths with quotes from each publication that has called it over for the digital currency. These articles often occur after temporary market crashes, including the Mount Gox hack where Bitcoin ‘died’ at $658 according to articles such as ‘Bitcoin is Dead’ by the Weekly Standard.

In the article, Jonathan Last said: “The speculators may not realize it yet, but you can stick a fork in bitcoin. It’s done.”

Now, CEO of stocks and investment website ADVFN, Clem Chambers, has claimed that these death reports are excellent buy signals for investors. He said that investors can ‘make a killing’ if they buy at the bottom, in a similar way to those who invested following the dotcom bubble. Chambers said:

“I want to see headlines saying “Bitcoin is dead” after a final leg down. This will signal a bottom as it has on many previous occasions. “The Death of Bitcoin” as a MSM headline will be the point I will be serious about loading up.”

‘Bitcoin is dead’ searches on Google hit an all-time high this year between February 4 and February 10 when the price of Bitcoin dropped to $6,048. That’s almost ten times higher than when Bitcoin died in 2014. Bitcoin has fallen to around this price an additional two times this year but searches have remained low.

Chambers expects one more drop this year which will lead to the definitive death of Bitcoin for 2018. From looking at the charts, he sees ‘another final leg to fall’ but admits that’s just his opinion. After 2014, it took two years for the price to stabilise and start reaching higher. However, recent news on Bitcoin ETFs may help to accelerate the progress this time around.

An ICO advisory firm has released a study showing over 80% of ICO projects were scams. This definition included projects that didn’t follow their roadmap or were deemed to be scams by community members. Three per cent ‘died’, meaning they were not listed on exchanges and had no contributions in Github for quite some time.

The data showed that investors have a good eye as the 80% of ICOs only received 11% of total funding. Yet it has been argued that removing some of the ‘unsuccessful’ coins could help to revitalise the market which has lost over $500 billion of its market cap this year. As cryptocurrencies are decentralized, this purging of coins would have to be voluntary but it could help to stimulate growth.