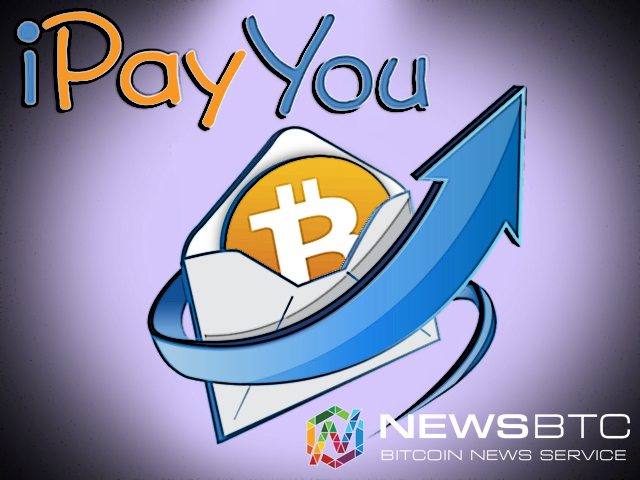 Bitcoin wallet solutions are plentiful, but there is still a mental hurdle to overcome by novice users. IPayYou has launched their new Bitcoin wallet solution, which focuses on usefulness and a smooth user experience. In fact, this solution has been built by a former top Amazon executive, which makes this project even more attractive.

Making a new Bitcoin wallet solution stand out from the rest is not an easy task, but IPayYou packs a refreshing punch under the hood. That is only to be expected, considering company CEO Gene Kavner is a former top Amazon executive, who focused on the largest affiliate program in the world. Moreover, Kavner worked for Expedia and Microsoft, as well as founding several successful companies.

IPayYou is one of Kavner’s most recent ventures, which focuses on making Bitcoin wallet software more appealing to novice users. All of the standard functionality is there, such as receiving and sending Bitcoin transactions in a convenient way. But at the same time, this wallet solution offers some unique features no other software has right now.

The first feature that stands out is an option to cancel Bitcoin transactions. Do keep in mind this feature should only be used if a mistake was made when sending the payment, and is not to be abused. In most cases, this will only work as long as the Bitcoin transaction is still unconfirmed on the network, which gives a brief window to correct any mistakes.

Additionally, IPayYou also offers a feature to send payments via email, regardless of whether the recipient has a Bitcoin wallet address set up. Such a feature can be particularly useful for companies and entrepreneurs dealing with freelancers from all over the world as it doesn’t require disclosing personal information during the process.

“Our aim from the beginning was to create a consumer-friendly bitcoin wallet that is intuitive and secure. Consumer technology continues to improve but for most people, payment methods have been stuck in the past. That’s why our team has developed the easiest way ever to get access to Bitcoin’s revolutionary technology. Our team comes from a background of creating extraordinary consumer products at a global level and we are bringing all of this experience to provide a bitcoin wallet that truly matches their needs.”

Although these two features are appealing in their own right, the company plans to bring other types of functionality to IPayYou in the coming months. Bitcoin holds a lot of potential for consumers and enterprises all over the world, and the first step is setting up a user-friendly Bitcoin wallet. For now, IPayYou is only available as a web wallet, but both iOS and Android clients will be released later this year.

Tags: amazonandroidbitcoinBitcoin Newsbitcoin walletCancel TransactionGene KavneriosNewsWeb Wallet
TweetShare
BitStarz Player Lands $2,459,124 Record Win! Could you be next big winner? Win up to $1,000,000 in One Spin at CryptoSlots