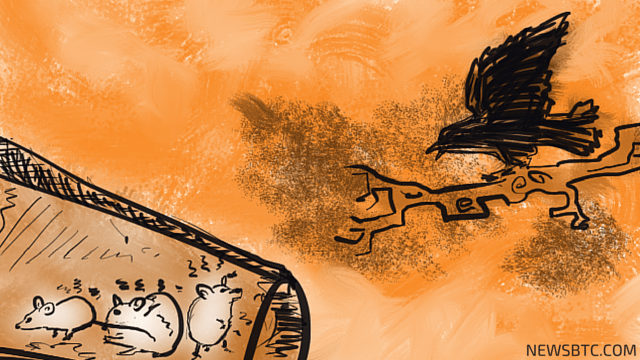 Is Ross Ulbricht’s family in danger?

According to CoinTelegraph, Diamond, the alleged alias of a possibly corrupt FBI agent, has delivered threats of torture towards Ulbricht’s mother and sister, hoping to obtain the password for a bitcoin account allegedly containing 300,000 bitcoins (roughly about $70 million in USD) that once belonged to Ulbricht.

Silk Road architect Variety Jones has also received death threats from the elusive Diamond, who believes that Jones can help him obtain the password, as well as the funds.

Jones mentions that Diamond first approached him about moving to Singapore, where he would be granted a safe house in exchange for his cooperation. Jones also explains that Diamond was able to secure and deliver information to the FBI regarding former special agents Carl Mark Force IV and Shaun Bridges and their involvement in moving seized funds from the Silk Road investigation. It was this information that convinced Jones of Diamond’s high-ranking status in law enforcement, as he feels it couldn’t have been obtained or given by anyone else.

“I wasn’t taking him serious in the beginning, and even once I realized he was who he said, and he was amassing millions of dollars in ill-gotten gains, it wasn’t until he started obsessing on the kidnappings, that I realized I had a lunatic on my hands. A lunatic highly placed in the FBI, with a massive off-the-books private budget, who thought that kidnapping and torture were the solution to his problems, and he started to get a few other screws loose, as well. I do know how to pick my enemies.”

Jones said that he initially refused to cooperate with Diamond, which caused more aggravated threats. Hoping to receive protection in return, Jones gave himself to the FBI after his attempts to reveal Diamond’s true identity went nowhere. He is also cautioning Ulbricht’s family, hoping that they do not fall victim to Diamond.

Will the dealings behind Silk Road ever cease? Post your comments below.

Read our comparison of 50 different crypto casinos. Find out who has most generous bonuses, best UX, knowledgeable customer support and best provably fair games.
Tags: bitcoinBitcoin Newsbitcoin walletFBINewspasswordross ulbrichtSilk Roadvariety jones
Tweet123Share196ShareSend
Win up to $1,000,000 in One Spin at CryptoSlots