Is BTC XT Colluding with CoinWallet to Arm-Twist the Community? 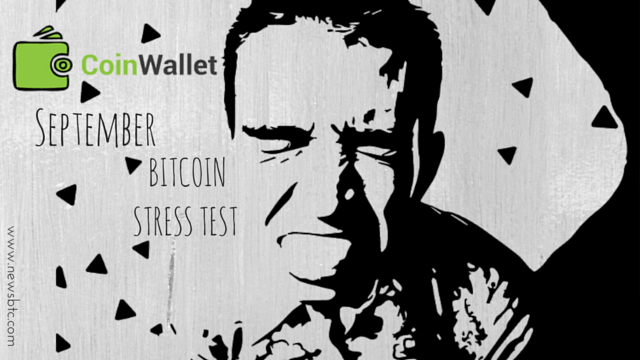 CoinWallet, the UK based bitcoin buying and selling platform has planned to conduct another stress test on the bitcoin network. The company just cannot seem to have enough of these tests, disrupting the service each time. However, what CoinWallet is out to do maybe blatantly illegal and in such case, the implication of such a test need to be looked into and appropriate actions taken by both CoinWallet and law enforcement agencies to ensure that no laws are broken during the process.

CoinWallet has already conducted a not so successful stress test earlier this year. Even though the previous test was not completely successful, it still managed to disrupt transactions happening over the bitcoin network. Now, with the impending stress test slated for Thursday, 10 September 2015, BitWallet has already had a test run a couple of days ago, causing delays in bitcoin transactions across the network.

CoinWallet’s representative has claimed that the stress test can potentially lead to 30-day backlog in bitcoin transactions and if it turns out to be true, then it will cause a lot of inconvenience to all bitcoin users across the world. CoinWallet is allegedly conducting this stress test to prove that Bitcoin XT is a necessity and can’t be ignored, which again gives raise to doubts about possible collusion between the Bitcoin XT team and CoinWallet with an intention of arm-twisting the bitcoin community to accept BIP 101.