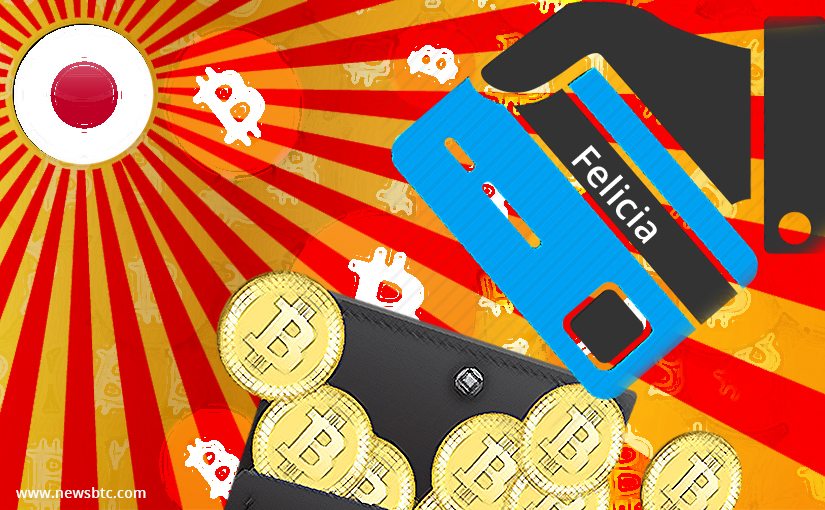 Japan is quite crazy about Bitcoin, to say the least. It now appears Bitcoin usage will only become even more common in the country. More specifically, the commonly-used Felicia smart cards will integrate a Bitcoin wallet in the future. This will catapult Bitcoin usage in the country to a whole new level moving forward.

It is important to note the Felicia technology was originally developed by Sony Corporation. It was first introduced in 2007, as a way to bring smart card technology to the masses. As of today, these contactless NFC cards are sued for all kinds of purposes. Consumers use them to pay for commuter travel, university ID cards, and other purposes.  One could argue Felicia technology has become a part of Japanese daily life. This is a major boon for Sony’s technology, though.

The time has come to take this technology to a whole new level. As of last week, it has become apparent Bitcoin wallet functionality can be integrated into these smart cards. It will feature a tap-to-pay solution for cryptocurrencies. More importantly, the first tests have been conducted without allowing for double spending. Bitcoin integration is considered to be a “practical payment solution”. A very interesting statement, to say the least.

The bigger question is how these wallets will work. The goal is to equip Felicia smart cards with a second storage chip. On this chip, users will store the private key of the wallet, which is never shared with anyone. This second chip will serve as a tamper-proof part of the smart card. Users can tap the card onto a reader and complete a Bitcoin transaction right away. It is possible these smart cards will eventually compete with existing hardware wallets.

Do keep in mind there will be some drawbacks to taking into account. A centralized system issued to confirm transactions before they are broadcasted. A centralized payment layer on top of Bitcoin is not ideal. However, it will help the cryptocurrency gain more mainstream attention in a positive manner. Creating instant Bitcoin payments require additional payment layers, that much is evident. It is unclear when the Bitcoin wallet functionality will be enabled. Rest assured a lot of people will look forward to this new feature.