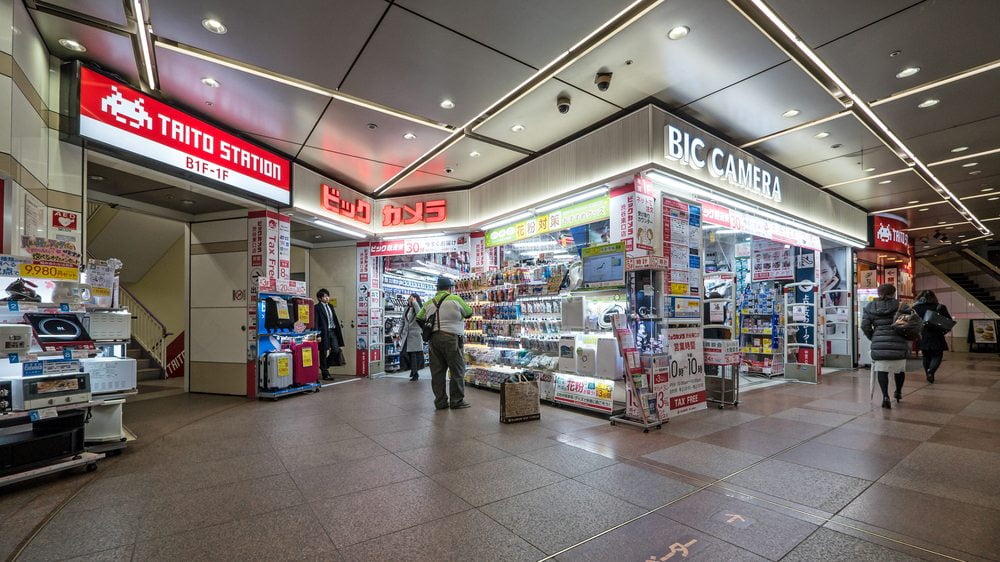 Japan is warming up to the concept of Bitcoin and cryptocurrency payments. Various physical retailers have enabled in-store Bitcoin payments over the past few months. One of the bigger names to do so is Bic Camera, a well-known retail brand in the country. Although they only planned to enable BTC payments at a few locations, those plans had to be revised rather quickly. Moving forward, all of Japan’s Bic Camera stores will embrace Bitcoin.

It is quite interesting to see how Bitcoin has made such a big impact in Japan already. Even before the government removed consumption tax, people were flocking to cryptocurrency out of the gate. Japan’s economy is not as troublesome as some other regions, but people are always looking for new opportunities. Moreover, multiple retailers allow users to spend their Bitcoin on regular purchases, which immediately create much-needed use cases.

Bic Camera Is Keen on Bitcoin

Bic Camera has always been a big proponent of Bitcoin payments in Japan. The company quickly enabled BTC transactions at several locations. The company is now taking things to the next level by enabling Bitcoin payments at all nationwide stores. This is a major development for cryptocurrency in Japan, to say the least. No one saw this drastic move coming, but is good news nonetheless. This change will go into effect at some point during this month, although there is no official date set in stone right now.

Both foreign and domestic shoppers can benefit from Bitcoin payments. People traveling to Japan won’t have to worry about converting currency to JPY all that much. Moreover, with the consumption tax gone, local residents can spend Bitcoin rather than cash or a bank balance. Given the Bitcoin price trend – which has been rather bullish over the past 12 months – spending Bitcoin makes a lot of sense. When buying BTC cheap and spending it when the price rises, consumers effectively obtain a discount of sorts.

It is believed Bic Camera will continue its partnership with bitFlyer to provide Bitcoin payments in their other stores. bitFlyer Is one of the platforms providing merchant services to store owners all over Japan. Moreover, Bic Camera’s subsidiary, called Kojima, will soon enable Bitcoin payments as well. Japan is slowly being conquered by the popular cryptocurrency, that much is evident.

BitStarz Player Lands $2,459,124 Record Win! Could you be next big winner?
Get 110 USDT Futures Bonus for FREE!
Read our comparison of 50 different crypto casinos. Find out who has most generous bonuses, best UX, knowledgeable customer support and best provably fair games.
Tags: Bic CamerabitcoinBitcoin Newsjapan
Tweet123Share196ShareSend
Win up to $1,000,000 in One Spin at CryptoSlots