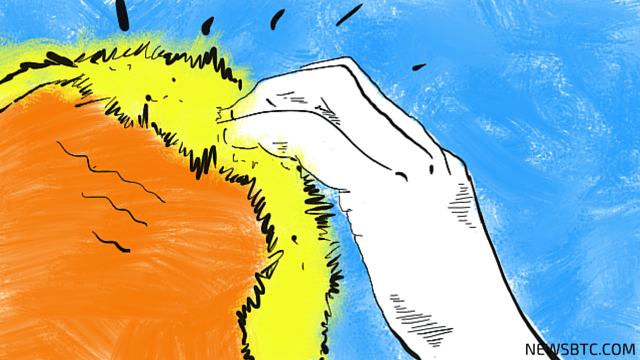 Judge Judy is arguably the face of daytime justice. Those of us who have worked from home, gone through a period of unemployment, or maybe just taken a day off likely have a story of turning on the television to see Judy Sheinlin stare down some unsuspecting defendant from her short-rimmed glasses with an angry and accusatory look, haranguing them for their less-than-stellar behavior. No doubt, Scheindlin is a smart woman who can figure out just about anything in the eyes of the court. Recently, however, she came across something that she admits to knowing nothing about: Bitcoin.

Everybody’s favorite morning judge shouldn’t feel too guilty or embarrassed. She’s likely in the majority. Most Americans admit to knowing little to nothing about Bitcoin, despite the fact that it’s been around for the past seven years; heck, it’s not uncommon to come across older folks who are still learning the ins and outs of email. That said, it’s still surprising in its own right—as a former New York prosecutor and Manhattan-based judge, you’d think Ms. Judy Sheinlin would know something, especially as she hails from the home of the dreaded BitLicense.

Scheindlin’s case involved Dan Haahr, a man who was claiming fraud charges against Marlon Koland, a Bitcoin trader from Oregon. Koland explained in the episode:

“I make a living day trading Bitcoin, which is a decentralized digital currency. The only thing I can compare it to is Internet cash.”

Haahr—who was seeking approximately $2,000 in damages—claimed that while looking to purchase a truck on eBay, he became the victim of Koland, the alleged mastermind behind a scheme designed to steal his funds. Haahr further claimed that the eBay page advertising the truck was false and was likely created for the purpose of scamming customers. Koland’s bank account was tied to the page, and Haahr arrived at the notion that Koland’s motives were fraudulent upon speaking with a legitimate eBay representative.

Koland denied the claims, saying that he had been taken by someone wanting to purchase bitcoins from him. He said that the banking information he provided was later used to solicit funds from Haahr and that he was the unfortunate man-in-the-middle. Unfortunately for Koland, he had no proof that his bank account—which had only been open for a month before shutting down—was ever closed due to alleged fraud activity. In the end, Scheindlin sided with Haahr, awarding him the damages he sought and giving him peace of mind. Following the episode’s conclusion, Judge Judy boisterously admitted that she doesn’t fully understand Bitcoin, saying:

“Mr. Koland says that he, too, was a victim. He was trying to deal with something called Bitcoin, which I don’t understand. If you tried to explain it to me from today to tomorrow, I still wouldn’t get it.”