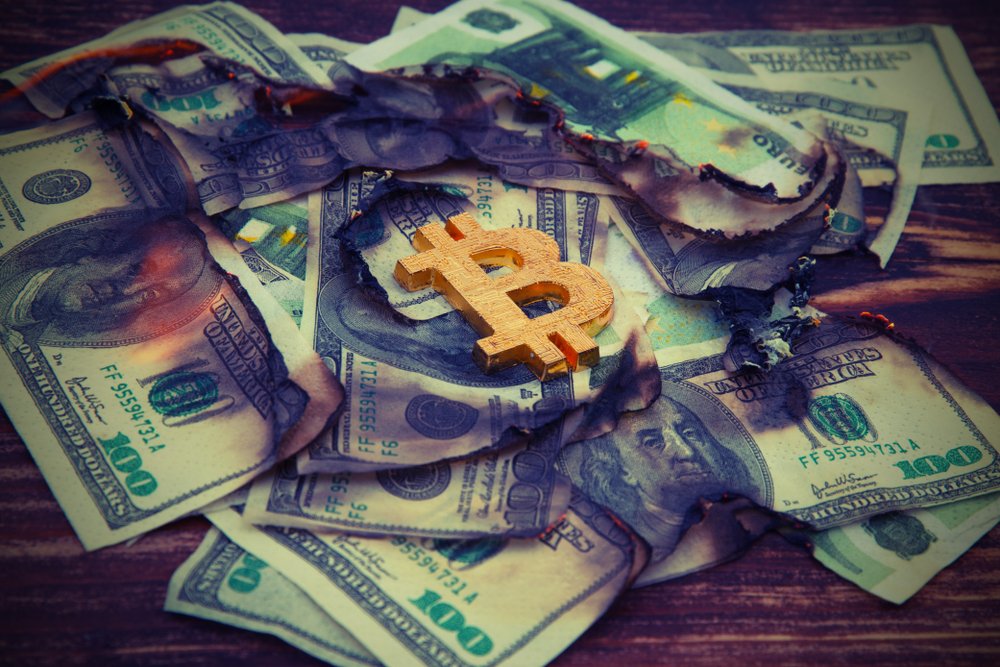 Popular cryptocurrency proponent and news presenter Max Keiser has responded to President Trump’s anti-Bitcoin outburst yesterday. The long-term Bitcoin bull believes that a United States opposed to Bitcoin is an advertisement to nations wanting to distance themselves economically from the nation to adopt the digital asset.

Keiser equates the move by Trump to a “giant ‘Kick Me’ sign” on the US’s back. He also states that such an adoption by nations will take the bitcoin price past $100,000.

Keiser: Trump is Encouraging US-Sceptic Nations to De-Dollarise With Bitcoin

In case you somehow missed it, the President of the United States, Donald Trump, took to Twitter to voice his distaste for Bitcoin and the rest of cryptocurrency yesterday. Trump stated that crypto assets were “not money” based on their lack of backing, their illicit use, and volatility.

As you would expect, there have been many rebuttals to Trump’s Twitter outburst yesterday. One of the more interesting comes from long-time Bitcoin proponent and host of RT News’s Keiser Report, Max Keiser.

Keiser argues that the president’s rant may have done more harm than good to his own interests. As implied below, the presenter that has been advocating buying Bitcoin as a hedge against global instability since 2011 believes that Trump has sent a global message to nations wanting to stop relying so heavily on the US dollar for international trade.

There is strong evidence to suggest that certain governments around the world are hungry for a means of settlement that is entirely independent from US politics. Central banks are known to be stockpiling gold. For Keiser, and other prominent analysts, such a need for safe haven assets will eventually translate into Bitcoin being adopted at the state level.

The RT News presenter once again stated that a price of $100,000 was incoming at a future non-specified date. However, this seems an incredibly low price given how huge such a news event would be. If a group of nations were to start hoarding Bitcoin as a way to hedge against the dollar, it is likely that the buying frenzy that would break out would take the price many times higher than Keiser’s figure, perhaps even topping McAfee’s $1 million Bitcoin.

Likewise, the Prime Minister of Malaysia has recently called for the creation of a gold-backed digital currency that would serve as a settlement asset for nations in the region. When proposing the new currency,  Dr Mahathir Mohamad referenced the US dollar when he argued that it was disadvantageous for nations to use the currency of another country for national settlement.

Similarly, the likes of Iran and North Korea, both victims are crippling economic sanctions at the behest of the US, would surely benefit from adopting Bitcoin as a means of international settlement. Indeed, there is evidence that the latter is behind high-profile ransomware attacks and exchange hacks. The shadowy nation is thought to be building up crypto reserves and exploring how the technology stands to benefit its unique global position.

Related Reading: Donald Trump Not a Fan of Bitcoin And Crypto? Too Volatile, He Says