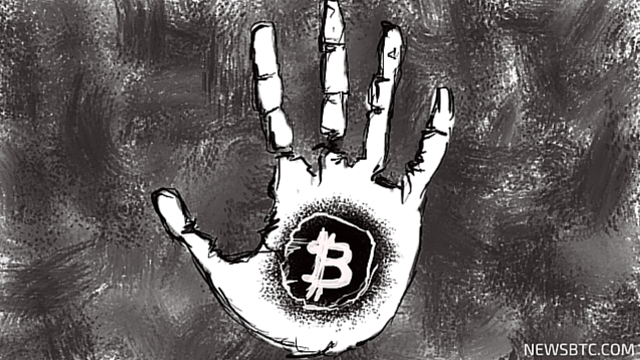 The Christmas season is a time for giving, spending time with loved ones, and reflecting on all that one should be thankful for. In Kenya, however, this holiday season is a time to spread fear and protect your thiefdom, according to the Kenyan central bank. Bitcoin has been attacked by the Central Bank of Kenya in an official release.

Simply marked December 2015, coming out of Nairobi, the central bank says they were tipped off about Bitcoin and its ownership in Kenya by “media reports.” In many countries, a notice by the central bank is as powerful as a release by the government itself, and they are one and the same in many nation-states. The central bank even alludes to this, putting itself on the same plane as the nation’s government. The common refrains–leaving out of many facts and misleading with inaccuracies–were a part of the release, titled “PUBLIC NOTICE – Caution to the Public on Virtual Currencies such as Bitcoin”:

“Transactions in virtual currencies such as bitcoin are largely untraceable and anonymous making them susceptible to abuse by criminals in money laundering and financing of terrorism.”

Anyone who has any understanding of Bitcoin knows it is neither anonymous and untraceable nor connected to terrorism in any known manner. These fallacies are clearly done to scare the populace away, but some legitimate warnings were included, such as unregulated exchanges worldwide and no recourse if funds are lost in its trading.

Of course, this would not be an issue worth addressing by the nation’s central bank if Bitcoin was not making significant inroads towards usurping incumbents like Western Union in remittances. Western Union has to kick back a portion of their profits to the nation’s government, if not the central bank, which accounts for the higher fees paid for such accepted transmissions versus those of Bitcoin.

According to the World Bank’s report for the third quarter of 2015 on the rates of international remittances, a common money transfer to Kenya was rated to cost anywhere from $14.04 USD to $19.54 USD for $200 USD sent. This translates to anywhere from 7.02% to 9.77% per transaction. When you contrast this to the fractions of a percent when using Bitcoin directly, the regulated establishment has reason to worry. Local Kenyan Bitcoin services like BitPesa have made inroads in proliferating the use of Bitcoin and seen massive gains, year-to-year.