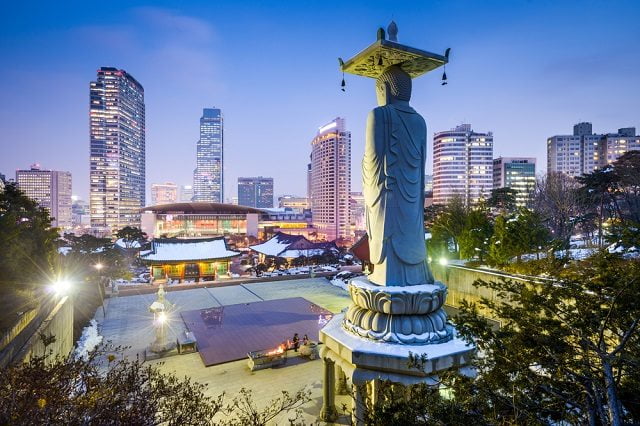 The Korean government has unveiled its plans to support the development and growth of startups in the country. To be more precise, they will support venture capital for Fintech and blockchain startups in Korea going forward.

Up until this point, the Korean government and regulators had remained fairly tight-lipped regarding the future of Fintech in their country. Given the growing interest in this industry, it is not a complete surprise to hear Korea wants to get involved in the future of financial technology.

“With the advent of fintech and ICT-based firms, once-exclusive financial services are evolving into new types of service. As capital markets have large potential in innovation and change, the government will make sure that startups with creative ideas get enough venture capital.”

But there is more, as the Korean government has announced they will foster a giant investment bank to provide further venture capital opportunities. At this time, it is not sure whether or not this means the Central Bank of Korea will get involved. However, it is a positive sign to see government and regulators on the same page for a change.

Fintech and blockchain are seen as integral parts of the fourth industrial revolution. Albeit the financial sector is still recovering from the global financial crisis, there is no better time than now to get involved in digital technology. Consumer demand is shifting towards these new tools and platforms, and a fundamental change needs to take place sooner rather than later.

It is kind of interesting to see blockchain being mentioned specifically by Mike Powell, the managing director Enterprise of Thomson Reuters. He also mentioned how Bitcoin technology will be an opportunity to innovate in asset ownership registration and settlement. Other areas to keep an eye on are crowdfunding and robo-advisors, both of which are growing trends in the Fintech sector.

We live in an era where not adopting consumer needs in the financial sector may lead to significant losses for the industry. Fintech and blockchain are paving the way for new technologies and solutions. It will be interesting to see what comes from Korea in the coming years in this regard, and it is positive to see the liberal stance by the Korean government.