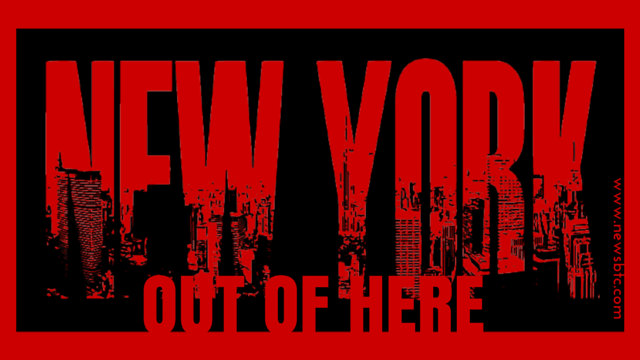 Bitcoin exchanges Kraken and BitFinex has decided to discontinue their services in the New York City.

With the announcement, the two exchanges joined the ranks of a one-too-many Bitcoin companies that have left the Empire state citing concerns with its recent licensing act, the BitLicense. Enacted and imposed by the New York Department of Financial Services (NYDFS), the new digital currency regulatory framework has raised many eyebrows for allegedly impeding the growth of FinTech startups.

Kraken highlighted it amusingly in its Sunday’s blogpost, calling BitLicense a “creature so foul, so cruel that not even [they] possess the courage or strength to face its nasty, big, pointy teeth.” On a more serious and specific tone, the San Francisco Bitcoin startup seemed quite irritated by a certain attributes of the law, including uncertainties to receive banking supports, reduced consumer protection, restrictive global operation acts, and many others.

“While we’re sure that the protection from New York law enforcement is valuable, it comes at a price that exceeds the market opportunity of servicing New York residents,” Kraken stated. “Therefore, we have no option but to withdraw our service from the state.”

BitFinex’s notice, on the other hand, was aptly laid on the line, in which it simply quoted its inability to comply with BitLicense, and asked its customers to withdraw their cryptocurrency holdings by August 15th.

Both the exchanges, however, ensured to monitor the developments of New York’s Bitcoin industry, and proposed to apply for a license as soon as it deems fit enough. For now, the NYDFS asks for a $5,000 non refundable fee for BitLicense, in addition to some additional charges that are speculated to take the overall expenditure to near $20,000.

Get 110 USDT Futures Bonus for FREE!
Tags: bitcoinbitcoin exchangeBitcoin Newsbitfinexbitlicensekrakennew york bitcoinNYDFS Bitcoin
TweetShare
BitStarz Player Lands $2,459,124 Record Win! Could you be next big winner? Win up to $1,000,000 in One Spin at CryptoSlots