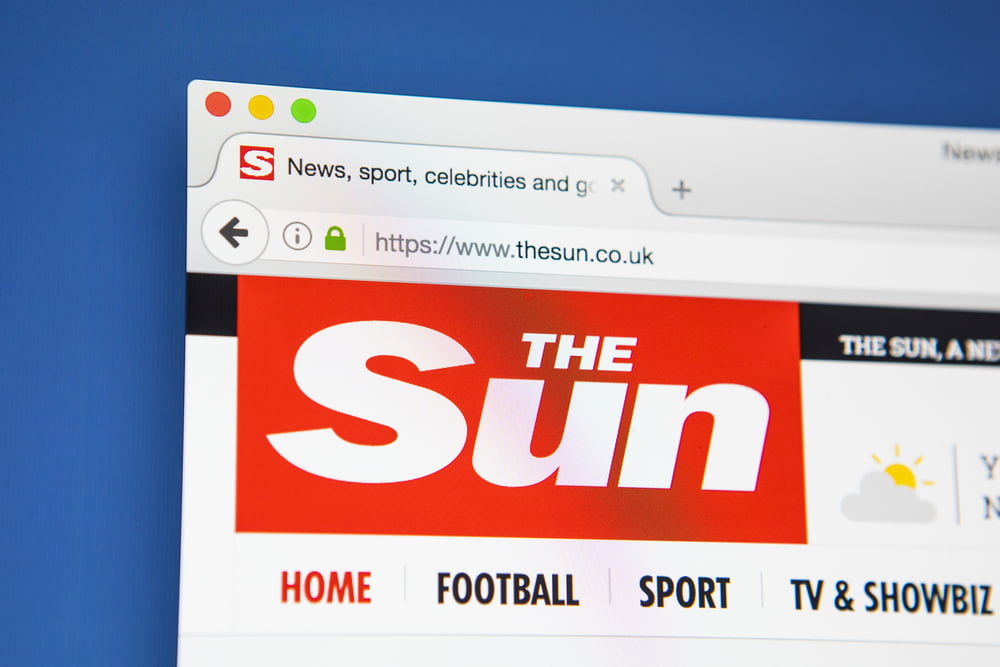 The United Kingdom’s most-read newspaper, The Sun, has raised the issue of Bitcoin’s increasingly limited supply to its tens of millions of readers. The newspaper ran the typically provocative headline “DRY SUPPLY: Bitcoin supply is running out as 85% of ALL coins now ‘mined’ – and experts say price could soar”.

The article itself is largely bullish, drawing on the dwindling supply of coins as a catalyst for higher prices. Unfortunately, the paper also makes a rather glaring error in its reporting on the cryptocurrency.

Is the The Sun Newspaper the Newest Convert to Bitcoin?

According to The Sun’s website, the newspaper and its online versions boast the largest readership of all news publications in the United Kingdom. The total claimed by the newspaper was 33.3 million last year. Accounting for this vast figure is some 9.86 million regularly buying a copy and 29.03 million visiting its website.

Although widely reported by ourselves and other media, the Rupert Murdoch-owned publication picked up on the news that Bitcoin has just passed the 85 percent mark in terms of total number of coins mined. Going with the provocative title mentioned previously, the language used by The Sun in both headline and article really seems intent on hammering home just how scarce Bitcoin is.

The newspaper quotes a particularly bullish response to the news:

Scarcity is about to kick in.

After a quick, and to-be-expected, mention of Bitcoin’s early primary use as a tool for online criminals, as well as comment on its slowly proliferating legitimate retail use today, the newspaper gets quickly onto the bullish projections:

“Previous analyses have suggested that the coin’s value could jump as it becomes more scarce over time.”

It follows this up with a price call from “trusted crypto-analyst PlanB“, who believes that each coin will be worth in excess of £82,000 ($100,000) by March 2020. The prediction we think they are referencing is from the following recent Tweet:

Providing some balance, the paper also offers a more bearish outlook. However, it steers clear of the doom mongering of the likes of Nouriel Roubini in favour of more understated pessimism:

“Others are less optimistic, and argue that a recent value boom fed by Facebook’s announcement that it is creating its own cryptocurrency will taper off by 2020.”

It is unclear why The Sun has published such a sensationalist news piece. Whether its wording is simply intended to garner more attention and thus more revenue, an editor at the paper is using his position to pump the Bitcoin price, or anything in between is anyone’s guess.

An Absolute Stinker of an Error

Unfortunately, The Sun did make one rather large error in its bullish Bitcoin reporting. For regular readers of NewsBTC, the following will need no explanation:

“Like any currency, there are a finite number of the coins in order to stop its value from going down the toilet.”

Apparently, the author of the article hasn’t heard about the plight of the Venezuelan people stricken with a hyperinflated bolivar; the similar situation in Zimbabwe; or arguably the most famous example of hyperinflation in history, the struggle under the German Weimar Republic following the First World War. This latter subject is extensively taught in UK high schools. Each of these are examples of reckless money creation sending the value of the currency in circulation “down the toilet”.

We would have much preferred The Sun to have been a little less fast and loose with the facts. Central banks print money. There is no hard cap on the dollar, pound, or euro as there is Bitcoin.