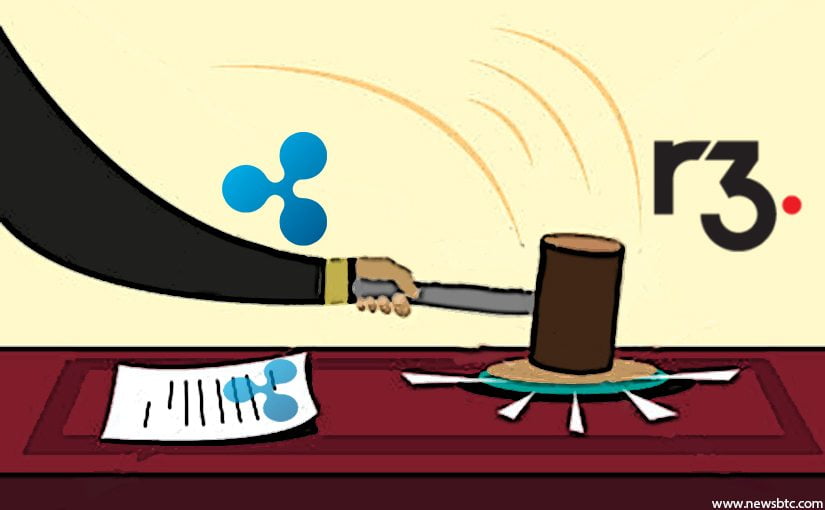 Lawsuit Between R3 and Ripple is far From Over

The legal spat between R3 and Ripple is not over just yet. Even though the case is thrown out in Delaware, several cases are still in place. For now, the focus will shift to San Francisco. Ripple countersued R3 in this city last month. There is also another legal battle in New York as well. It is evident the beef between both companies is legitimate. However, a positive outcome for either company remains highly unlikely.

A legal battle in the world of blockchain isn’t even remotely exciting. R3 and Ripple have entered a legal dispute over the past few months. There is some beef over pre-existing arrangements made. As a result, a court battle is the only logical course of action. With this legal battle spanning three different states, the end isn’t near by any means. Delaware is no longer a factor, as a local court dismissed the case by R3 there.

It will be interesting to see how things play out in New York and San Francisco. Especially San Francisco will be of great interest to keep an eye on. Ripple successfully countersued R3. Whether or not that will yield some positive results, remains to be seen, though. It is good the company isn’t taking this legal issue lying down. However, legal battles are never the answer whatsoever. Then again, we will know a lot more in the weeks to come.

Both companies are competitors in the world of blockchain. It is evident both companies had some preexisting deal that fell through. These two companies are trying to work out their issues in court, but haven’t made any ground so far. Ripple claims R3 fraudulently misled it into believing a long-lasting relationship would be created.  Moreover, Ripple was supposed to benefit from R3’s banking contacts. Neither of these things happened in the end, which is a breach of contract.

Considering how R3 lost its case in Delaware, it is doubtful they will fare better in New York. In both cases looking eerily similar, there is no guarantee for success. Then again, R3’s Charley Cooper feels confident the firm will prevail in the legal battle sooner or later. It will be interesting to see what comes from these ongoing spats, to say the very least.

BitStarz Player Lands $2,459,124 Record Win! Could you be next big winner?
Get 110 USDT Futures Bonus for FREE!
Tags: Bitcoin NewscourtR3Ripple
Tweet123Share196ShareSend
Win up to $1,000,000 in One Spin at CryptoSlots