Liberty Reserve Level of Money Laundering Is Not Possible 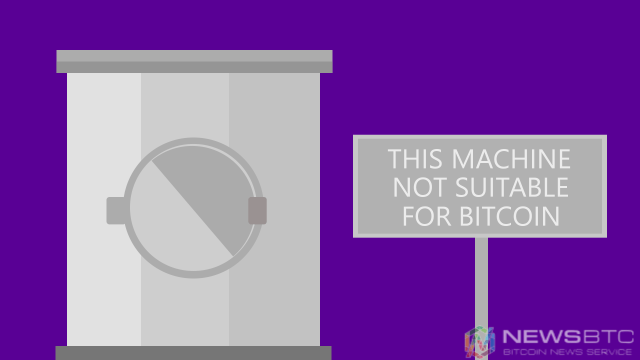 The concept of digital currency was well-known way before Bitcoin and consorts staked their claim. One of the most notorious digital currencies in history is Liberty Reserve, which ultimately failed because it was still centralized. Furthermore, the founder of Liberty Reserve pleaded guilty to money laundering recently, a concept that is not possible with Bitcoin by any means.

It should come as no secret to find out the founder of this once popular digital currency was guilty of criminal activities himself. Based on a report by the United States Department of Justice, Arthur Budovsky pleaded guilty to laundering money worth more than US$250 million through the Liberty Reserve protocol.

“Arthur Budovsky founded and operated Liberty Reserve, an underworld cyber-banking system that laundered hundreds of millions of dollars in illicit proceeds for criminals around the world. The only liberty that Budovsky and Liberty Reserve promoted was the freedom to commit and profit from crime.  Thanks to this truly global investigation that included cooperation from 17 countries, Liberty Reserve has been shut down, and its founder Arthur Budovsky stands convicted in an American court of law, facing the loss of his own liberty.”

People who have ever read about Liberty Reserve in its prime may remember high the digital currency was touted as the largest money transfer system of the world. With its anonymous appeal and untraceable transactions, the digital currency gained a lot of attention from people looking to perform less than legitimate tasks over the Internet.

It would only be a matter of time until US government officials decided to take a closer look at the Liberty Reserve scheme. To prevent that from happening, Budovsky moved to Costa Rica, which has no extradition policy with the US. Furthermore, Budovsky renounced his US citizenship in 2011, cutting all ties with his nation of birth.

Liberty Reserve was a preferred method of payment in the credit card fraud industry. Hackers who obtained databases full of credit card records would accept Liberty Reserve payments in exchange for consumer information. As the system was completely anonymous, there was no way to link these individuals to those activities.

At its peak, the formerly popular digital currency had over 5 million accounts around the world, and millions of transactions had been processed at that time. Plenty of funds was laundered by the founder and a small group of other co-defendants. The US government eventually managed to shut down the platform in 2013.

Bitcoin is Completely Transparent, And Companies Are AML Compliant

Unlike Liberty Reserve in the past, Bitcoin is a completely new breed of digital currency. Even though mainstream media will keep telling people how Bitcoin is completely anonymous, the blockchain is a public ledger where anyone can track any transaction in real-time. But that is not the only aspect that makes Bitcoin so appealing to people from all over the world.

Money laundering through Bitcoin is simply not possible, as all companies in this space are working hard to be fully compliant with AML and KYC regulations. Doing so removes the last layer of illusionary anonymity people might associate with Bitcoin. Bitcoin is one of the last favorable tools among internet criminals these days, simply because it is far too transparent.

Tags: amlArthur Budovskybitcoindigital currencykycliberty reserveMoney LaunderingNewsOpinion
TweetShare
BitStarz Player Lands $2,459,124 Record Win! Could you be next big winner? Win up to $1,000,000 in One Spin at CryptoSlots