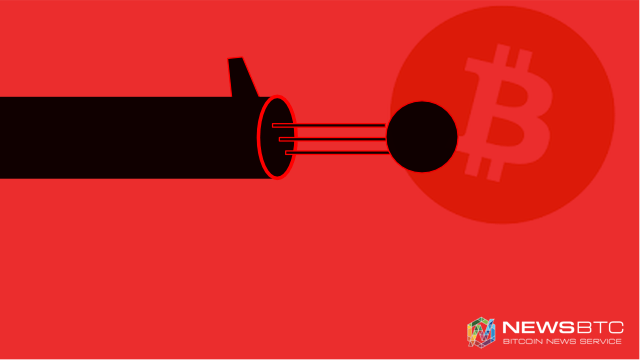 Lithuania Financial Crime Investigation Service (FNTT) Director Kestutis Jucevicius has officially announced to the public that digital currency Bitcoin should be used with caution as it is used to finance “terrorism.”

“In the future can cause a lot of problems, because the money purified system through bitcoin can benefit not only organized groups engaged in arms trafficking, trafficking in human beings and drugs, the possibility that in the future such a cash transfer schemes and cash transfers could be used by terrorists” said Jucevicius on Friday at a press conference.

Since the beginning of 2015, an increasing number of government agencies and political organizations have begun to explore the use of bitcoin and other alternative currencies in the dark net or funding of terrorist parties.

Europol for example, in collaboration with European government agencies and governments launched a full investigation to arrest individuals using bitcoin to purchase illicit items such as drugs or weapons in the dark web.

According to Jucevicius, the FNTT believes Lithuanian citizens have spent over 20 million euros, or 21.6 million USD in illicit purchases or funding of terrorist parties using bitcoin.

Because of the growing number of individuals using bitcoin in Europe, an international organization established by the Dutch Tax and Customs Service (FIOD), in cooperation with the FNTT and other foreign law enforcement agencies are collaborating to explore and unravel criminals using the digital currency to conceal money laundering and fraud.

The FNTT further emphasized that an international survey which covered the Kingdom of the Netherlands, the USA, Australia, Morocco, and Lithuania stated that most of the products and goods sold in anonymous web pages are drugs and weapons, used to assist terrorist groups.

Research groups at the FNTT headquarters have already begun exploiting the connection of bitcoin to illegal trades and solutions to terminate criminal activities involving the digital currencies.

Regardless of the popularity of bitcoin among “criminals” and “terrorist groups,” bitcoin by nature is transparent and traceable. Thus, bitcoin by any means, is not anonymous. Furthermore, some government agencies recently announced that their teams of researchers have implemented new methods of searching through the dark web which is not accessible by search engines, and explained that identities used in the dark web to trade illicit goods can be traced down

“However, the investigation showed that the Dark Web does not guarantee anonymity and that the FIOD can also do the detective work. FIOD and Public Prosecutor will share their findings with the Authority for Financial Markets and the Dutch Banking Association,” said the prosecutor of the investigative department of the tax authorities FIOD.

It is still difficult to analyze the technologies implemented by government agencies such as the FNTT still haven’t released the software they claim to have implemented in investigating illicit drug traders and terrorists in the dark web.

However, in the upcoming months, Lithuanian government agencies will utilize blockchain analytic tools and advanced surveillance tools to unravel identities and online alias used to finance “terrorist groups” and purchase weapons in the dark web.