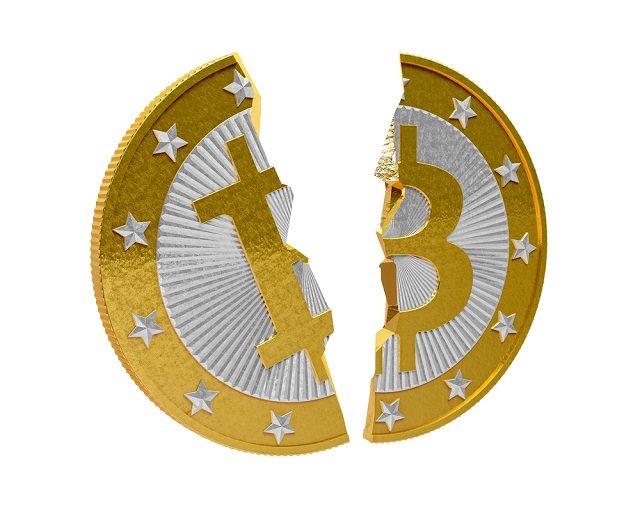 Looming Bitcoin Halving Has Not Driven The Price Down Yet

The Bitcoin halving is almost upon us, and many people believe the Bitcoin price will be affected by this milestone. A lot of people seem to think the price will go down, and some of them even expected it to go down before the halving itself. But that does not seem to be the case, despite a small dip on the charts after a strong climb.

Influencing the Bitcoin price on the free market is not as straightforward as most people want to believe. Granted, there is the age-old game of bulls and bears taking place every day, but it becomes harder to cause significant price movements. Depending on whom one poses the question to, the upcoming Bitcoin halving may push the price up or down.

There are certain things that will change when the Bitcoin halving takes place. The amount of coins generated by miners every block will drop from 25 to 12.5. As a side effect, mining may become very unprofitable for the majority of miners, unless there is a significant Bitcoin price spike.

Contrary to what some people want others to believe, the Bitcoin price has not lost significant value before the halving is upon us. In fact, there has been a strong increase over the past few days, albeit there is a retrace going on at the time of writing. This has more to do with the market correcting itself than the looming Bitcoin halving, though.

Even for cloud mining companies, a Bitcoin price of US$350 or more was more than enough to run a profitable business. Or to be more precise, that used to be the case many moons ago, but much has changed ever since. Rest assured the current Bitcoin price – including correction – will not force any company to halt cloud mining anytime soon.

When the block reward halves, however, the logical thinker may suggest miners will need a Bitcoin price of twice the value of US$350. However, a US$700 Bitcoin price will not automatically justify the mining costs, due to difficulty increases,changes in electricity rates, and whatnot. But at the same time, a lower price does not necessarily make Bitcoin mining unprofitable either.

The same can be said for those who all along predicted a Bitcoin price rise, as they may be incorrect as well. The market seems to hold its own for the time being, regardless of what the halving may bring. Once the halving does occur, the price can either stagnate, slip, or climb again. It is impossible to predict for sure what will happen, but that is also what makes the Bitcoin world exciting.

So far, the doomsayers are proven wrong, yet that situation could change at any given moment. Market movements at this time before the halving may not always have something to do with this upcoming change, though. The next few weeks will be very intriguing to say the least.

Tags: bitcoinBitcoin Halvingbitcoin miningbitcoin pricefree marketNewsOpinion
TweetShare
BitStarz Player Lands $2,459,124 Record Win! Could you be next big winner? Win up to $1,000,000 in One Spin at CryptoSlots