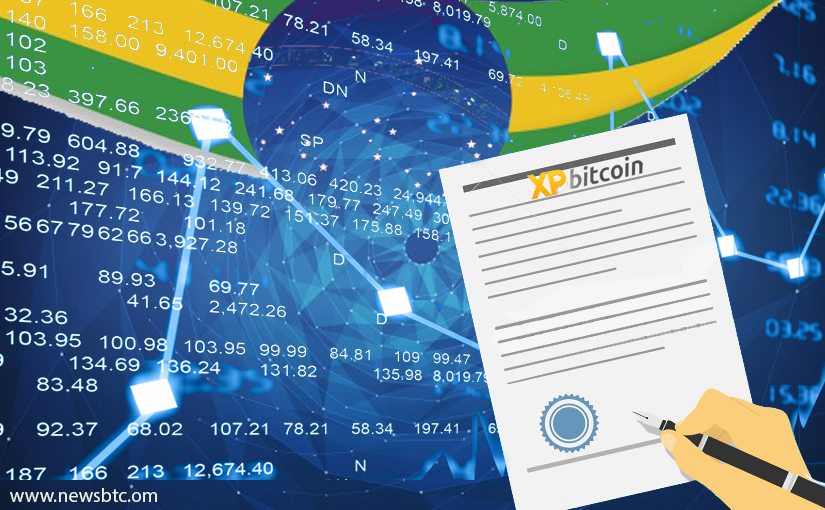 There is hardly ever a boring day in cryptocurrency. Over in Brazil, Bitcoin appears to be well-received so far. Although it is still a niche market, things are certainly evolving in the right direction. XP Investimentos is the largest brokerage firm in this country. They are now filing a patent for the XP Bitcoin brand. If the patent is granted this may effectively result in an improved legal status for cryptocurrencies.

Legalizing Bitcoin and other cryptocurrencies are always subject to controversy. More specifically, there are a lot of conflicting opinions on what cryptocurrencies are or can be. In Brazil, that situation is still unclear for the time being, although additional clarity may be introduced soon. Especially XP Investments is trying to make a big impact in this regard. Whether or not this will be a successful venture, remains to be seen. Filing patents related to Bitcoin in any way is always considered to be rather controversial.

XP Bitcoin is an Intriguing Venture

More specifically, the brokerage firm wants to patent the XP Bitcoin name. It is not entirely surprising to see a local brokerage firm pay close attention to Bitcoin. Even local consumers are looking for alternative financial solutions and Bitcoin has become a major trend as of late. However, the country has no regulation or oversight right now. This can hinder the growth of Bitcoin adoption in the region, although nothing has been set in stone just yet. It is good to see some more positive Bitcoin attention in the country, though, that much is certain

For the time being, it is a bit unclear what XP Bitcoin will mean for the rest of the world. It is evident this will be some form of investment vehicle. However, the specifics remain a bit unclear as of right now. With the current regulation in place,  there are certain limits as to what can be done in this regard. There are a lot of issues in Brazil, though, including corruption scandals and impeachment being rather common these days.

Having a peer-to-peer broker look into XP Bitcoin is pretty intriguing overall. Mainstream brokerage solutions can prove to be pretty successful in the long run. XP Bitcoin may be the tool a lot of Brazilians have been looking for so far. No one knows for sure what will happen if the patent is granted, though. Moreover, it remains doubtful it will be granted in the first place. This is an interesting development to keep an eye on, that much is certain.

Get 110 USDT Futures Bonus for FREE!
Tags: bitcoinBitcoin NewsbrazilXP Bitcoin
Tweet123Share196ShareSend
BitStarz Player Lands $2,459,124 Record Win! Could you be next big winner? Win up to $1,000,000 in One Spin at CryptoSlots