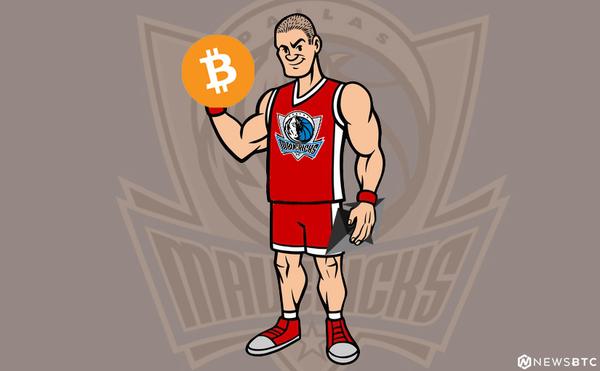 Getting more businesses to accept cryptocurrency is anything but easy. Price volatility, high transaction fees, and slow confirmations are all holding Bitcoin back right now. According to Mark Cuban, things will change for the better very soon. More specifically, Cuban is also the owner of the Dallas Mavericks sports franchise. He told Twitter the team will start accepting Bitcoin payments next season. An intriguing development which leads to plenty of speculation.

It would be a major feather in the cap if another NBA team started accepting Bitcoin. More specifically, Mark Cuban claims that will be the case as far as the Dallas Mavericks are concerned. It will seemingly apply to game tickets, but there has not been any official confirmation as to how this will play out. Cuban told Bloomberg Bitcoin will not be the only cryptocurrency payment option. That in itself is interesting but also more than warranted. Bitcoin is not in the best of places right now. Some other currencies make a far stronger use case than BTC right now.

According to Mark Cuban, Ether will be a second cryptocurrency payment option. The choice for Ethereum’s native token is rather interesting. Similar to Bitcoin, Ethereum struggles with network congestion on occasion. Moreover, its network fees are also higher than they should be, albeit much lower than Bitcoin’s. Adding these two currencies would be an interesting start, to say the least. Moreover, the Dallas Mavericks might accept tokens as well. This will only apply to tokens issued by companies the team has business relationships with.

It is uncanny how Mark Cuban did a complete 180 on cryptocurrencies. Six months ago, he claimed bitcoin was in a bubble waiting to burst. At the end of 2017, he finally decided to invest in cryptocurrency. He’s also involved in a digital token and a blockchain fund. It is evident Cuban has finally seen the light, although things can always change in a heartbeat. After all, the cryptocurrency markets are currently in a state of mass panic.

For now, all of these proxies need to be taken with a grain of salt. Business people will gladly say one thing and do the complete opposite in the end. The Dallas Mavericks are a major sports franchise. Associating with cryptocurrencies can be both beneficial and a major risk at the same time. Rest assured there is still a lot of work to be done before these promises become a reality. In fact, it may never happen, for all we know. Mark Cuban certainly is an intriguing figure, but nothing he says should be taken at face value.

Get 110 USDT Futures Bonus for FREE!
Tags: bitcoinDallas MavericksEthermark cuban
TweetShare
BitStarz Player Lands $2,459,124 Record Win! Could you be next big winner? Win up to $1,000,000 in One Spin at CryptoSlots