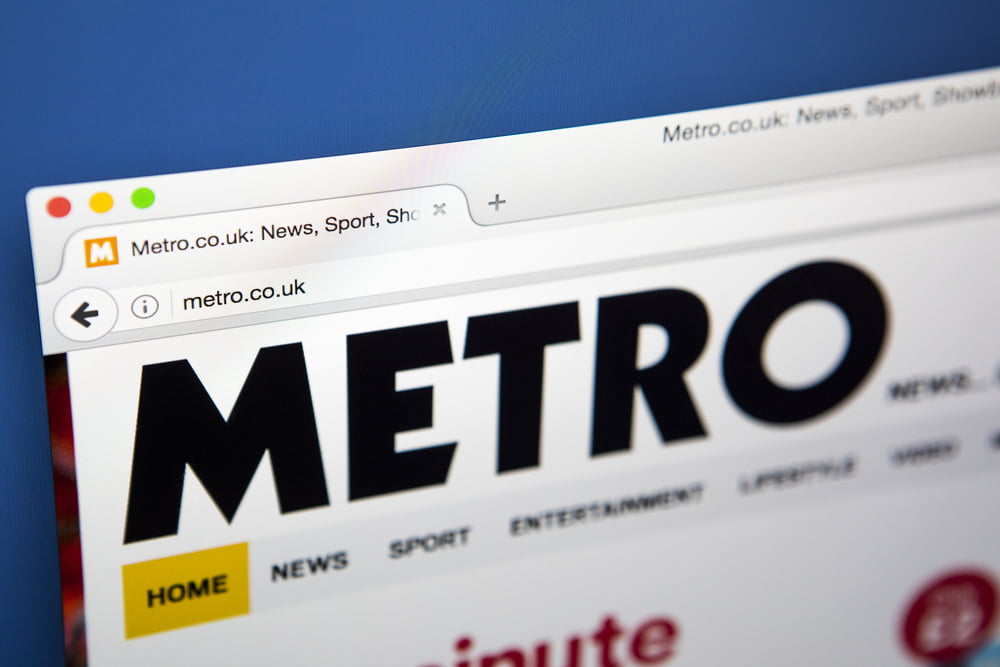 The United Kingdom’s widely circulated Metro news publication has published a surprisingly bullish article explaining Bitcoin for its millions of readers. The article is scant in its detail but does feature a full Bitcoin explanation video.

The overall tone of the clip is incredibly optimistic for Bitcoin’s long term. Rather than caution against its use, it seems to encourage it, explaining in the simplest possible terms and providing information on how to buy the crypto asset.

We love seeing the mainstream media approach Bitcoin with an open mind. Earlier this year, much of the industry celebrated as it made a convert of CNBC anchor Joe “Squawk”Kernan. Elsewhere, other non-crypto publications have been providing a much more balanced view of the industry as it continues to mature.

Nothing thus far in mainstream media appears to have championed Bitcoin quite as heavily to the general public as UK newspaper the Metro. Circulated on almost every bus and train in the nation, the paper is a favourite of many since it offers a simplistic take on events with less political bias than other widely read publications.

Today, the online version of the publication featured a story introducing Bitcoin to its readership. The article is loosely based on the Hong Kong riots – there are two sentences that can be surmised as: “Hong Kong is rioting” and “people are buying Bitcoin there as a means of capital flight.”

The Hong Kong subject of the article appears to have been used as a flimsy excuse to put out some “bullish-on-Bitcoin” content the paper has been sitting on. The article goes on to briefly explain what Bitcoin is.

It is basic in its detail but one of the most notable things about it is that there is no mention whatsoever of Bitcoin being used as a means for drug dealing on the Dark Web, or as a tool to enable international money laundering. This is a complete anomaly for a mainstream media article attempting to explain what Bitcoin is.

The pro-Bitcoin coverage continues during a four minute explanation video. It begins with an incredibly brief history of money, stating that an early system of barter was replaced by one of “gold, government, and greed.” The next sentence, however, really sets the tone of the rest of the piece:

“Now a new way of exchange is breaking out as we enter the golden age of cryptocurrency.”

The video primarily focuses on Bitcoin, on the grounds that it was the first and “the one making all the headlines.” Viewers are introduced early to one of the main arguments against fiat currency forwarded by Bitcoin proponents:

“The currency we use today, like sterling, euro, dollar isn’t worth anything in itself but it is representative of a gold or Federal Reserve.”

Unfortunately, the presenter didn’t cut off that sentence before the word “but” or at least provide explanation of how fractional reserve banking works and the fact that there is no gold. However, we do applaud the effort to highlight that fiat currency isn’t backed by anything other than faith.

Elsewhere in the video, there is mention of Bitcoin’s decentralised nature versus central banking, a brief introduction to mining the cryptocurrency, and how to buy Bitcoins. This process is described as being “just like you buy anything on the internet.”

Although the dark web is mentioned during the four minutes, it is only in passing and it is strongly implied that this was just a brief period in the Bitcoin story. There is also no mention of money laundering or other financial crimes often cited by regulators and lawmakers as a concern about the technology.

The piece concludes by hammering home its overarching message of optimism for Bitcoin’s future. Its presenter states:

To this final point, we offer polite rebuttal. There are vast differences between the money in your bank and Bitcoin. However, we love the attempt to relate the innovation to something the masses already rightfully or wrongfully trust.