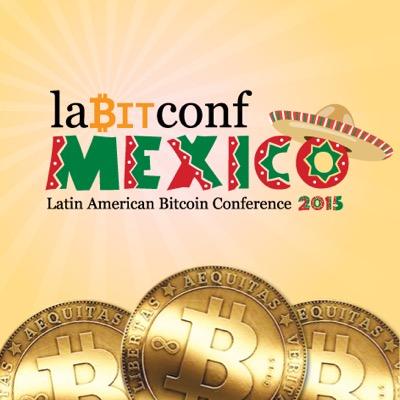 LaBITconf, the Latino American Bitcoin Conference, sets roots in Mexico City on December 4-5, bringing Bitcoin pioneers to a remittances and eCommerce gold mine.

Mexico is often heralded as a diamond in the rough when it comes to eCommerce and fintech innovation.

In 2014, eMarketer forecast that

To put that in perspective,

“Less than a quarter of Brazilians and Argentinians use smartphones, while in Chile and Peru the numbers drop to less than one fifth. In the U.S,. smartphone penetration tops 65%. By the end of 2015 there will be 65 million Internet users in Mexico, and by 2018 the number of ‘internautas’ is expected to jump to 80 million – 21.1 million of whom are expected to become online shoppers,” according to journalist and researcher Nathaniel Parish Flannery.

Add to that Mexico’s massive remittances market with the United States to the tune of $20 billion in 2013, making up a third of Latin America’s expected remittances volume during the following years, according to a report by the World Bank

That makes Mexico a ripe environment for fintech startups, and, as such, a great place for the third Latin American Bitcoin Conference.

For those considering making the journey, don’t miss out on this incredible discount on the conference price offered by Bitso, the largest Mexican Bitcoin exchange.

This 2015 laBITconf features renowned speaker Andreas Antonpolous, a technologist, serial entrepreneur and thought leader in the Bitcoin space since its early days. He is the author of “Mastering Bitcoin,” a book intended to help newcomers and developers “unlock digital currencies.”

Erik Voorhees, early adopter and serial entrepreneur, also will be speaking at laBITconf. He is the CEO of the cryptocurrency exchange Shapeshift.io, is the co-founder of Coinapult and has been involved with various other companies on the cutting edge of blockchain technology.

This year also features Marco A. Santori, a New York attorney with Pillsbury, one of the platinum sponsors of the conference. He was described by an American Banker reporter as “the Dean of Digital Currency Lawyers,” and is renowned as a Bitcoin legal expert advising companies such as Blockchain on how to plan their compliance approach and/or how to structure their companies to “where appropriate, avoid them entirely.”

As a law firm with more than a century of history and experience, Pillsbury’s interest in Bitcoin brings a remarkable kind of legitimacy to the technology at an
institutional level.

When asked about Pillsbury’s interest in Bitcoin and the blockchain, Marco A. Santori told NewsBTC:

“One of the tremendous promises of Bitcoin is its potential to revolutionize remittances and payments in parts of the world that are underserved by the systems in place today.  Pillsbury’s Bitcoin and Blockchain Team has long advised the companies making good on this promise, helping them maximize the benefits and minimize the risks in bringing this technology to their users.”

According to its website, Pillsbury has been at the forefront of Blockchain legal development since 2012, and has been called on by SEC regulators, exchanges and SEC-regulated companies alike.

One such company may be Bitso, the largest Bitcoin exchange in Mexico and another platinum sponsor of the conference. Its CEO and co-founder Pablo Gonzales has a background in multidisciplinary arts, media and advertising, and will also be speaking at the conference, alongside Jose Rodriguez, fintech expert and vice president of payments.

How Pillsbury sees the potential of the blockchain as a replacement for government notary systems, or as a frictionless way to transfer nonmonetary assets, is not yet clear. The fact that they are willing to be platinum sponsors however, suggests that their outlook is optimistic, even if only focused on Bitcoin as a monetary technology.

Alongside lawyers and fintech experts is Agustín Aramburu Sierra, ecommerce director of AXA, an insurance company that boasts it is the “number one insurance global brand,” claiming to have been so “for 7 consecutive years.”

According to its LinkedIn profile, AXA has partnerships with “HSBC, ICBC, Mandiri, BNP Paribas” and “All together … service over 103 million customers worldwide, in 59 countries.” Adding even more institutional credibility to Bitcoin in Latin America.

Last but not least, Sergio Lerner renown security consultant, Cryptocurrency designer and Security adviser for the Bitcoin Foundation. Will be revealing the white paper of RootStock, a sidechain implementation that aims to bring the power of and “Improved Ethereum virtual machine” to Bitcoin’s large and mature network.

Many other Bitcoin pioneers from Argentina and Latin America will be participating in the conference. Furthering the vision of Bitcoin as more than just another way to buy coffee in the West, instead delivering financial tools from the first world to the hands of populations under unstable economies and capricious legal jurisdictions.