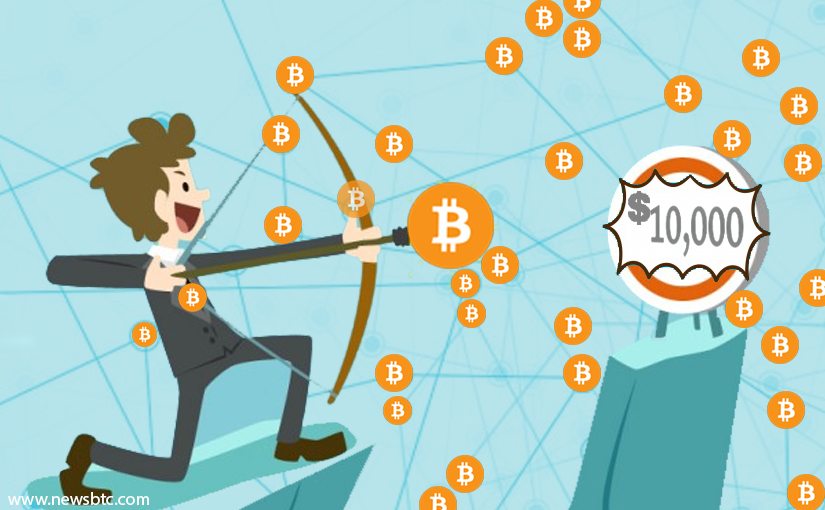 We have seen quite a few different Bitcoin price projections as of late. Some people feel Bitcoin is a bubble waiting to burst any time now. Others see the price skyrocket in the coming few months to a new all-time high. Former Fortress hedge fund manager Michael Novogratz claims Bitcoin will reach $10,000 by Mid-2018. A very ambitious goal, to say the least, although it is not entirely unrealistic either.

There is no denying the Bitcoin price will go up as more time progresses. What is considered to be a high value now will eventually be a drop in the bucket. Whether or not we will see any major changes anytime soon, remains to be seen. If it is up to Michael Novogratz, the new Bitcoin price all-time high is just around the corner. In fact, he is convinced Bitcoin will at least double in price in the next six to ten months. Such an optimistic view from someone entrenched in the world of traditional finance is rather uncommon.

A Bullish Statement by Novogratz

Then again, the Bitcoin market has taken a lot of people by surprise. Even though Jamie Dixon may not like it, good things continue to happen to cryptocurrency. Considering how Dixon still claims this is all a bubble, his statement looks very unprofessional right now. Fortress hedge fund manager Novogratz is pretty confident in his price prediction, though. In fact, he is going “all in”, so to speak.

Investor interest in Bitcoin is certainly growing every single week. The demand for the world’s leading cryptocurrency has never been greater. Whether or not the trend can remain intact, remains to be seen, though. While things are looking good now, this is still a very volatile industry in which things can be turned on their head pretty quickly. Whether or not that will be the case with Bitcoin in its current momentum, remains to be seen.

Novogratz plans to launch a fund to invest in cryptocurrencies. A total of $500m is being raised to make sure this happens. The focus will also be on ICOs and related companies, which is pretty interesting. It is expected the money will be raised by January of 2018. With institutional money slowly flowing into cryptocurrencies, big things are on the horizon. Novogratz may be one of the first of many “traditional” investors to make a major impact on the industry in the coming months. A bright future looms ahead for Bitcoin, that much is certain.