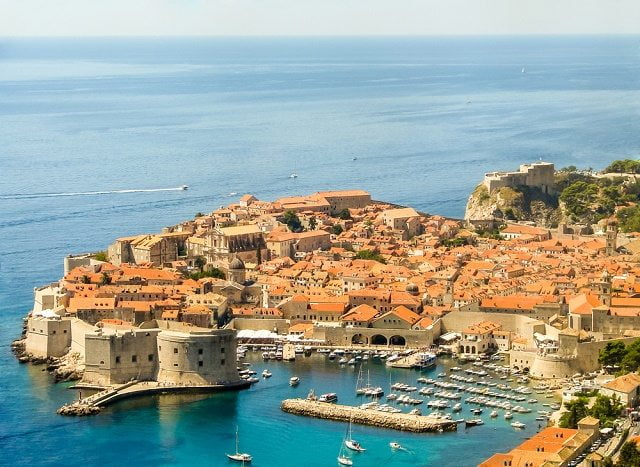 Cultural heritage is one of the most important cornerstones of our society these days, yet we are doing an awful job at protecting it. MIT seems to be exploring the usage of blockchain technology in this regard, which would effectively be called cryptographic heritage.

Why Cryptographic Heritage Should Matter To All of Us

Cultural heritage as we know it is often recorded in oral history or written form, but that is not always the easiest of tasks these days. Especially during times of [political] conflict, it is hard to preserve all of the information for specific regions. Libraries and historical monuments are among the first locations to be targeted whenever destruction takes place, either as a result of this conflict or due to a natural disaster.

Bitcoin and the blockchain could be an attractive ally in this regard as it would allow for the creation of cryptographic heritage. There are certain advantages to using a distributed and tamper-proof ledger that anyone can access at any given time. Moreover, this technology allows for authenticating documents and securely signing messages, making it a far more favorable solution than any other option in existence right now.

Up until this point, the history books are filled with information that also raises more questions than answers sometimes. For example, certain tribes and societies lived between year X and Y, but there is no way to verify if these estimates are correct. Documenting all of the information regarding events, locations, and even infrastructure will help future generations paint a better picture of our society today.

Signing external documents on the blockchain could be achieved by regular Bitcoin transactions. Additionally, a text could be written into the blockchain itself, either through miners or encoded in specific addresses. However, neither of these solutions are favorable in their current form. The OP_RETURN field in the Bitcoin protocol seems to hold the most merit in this regard, although there are questions as to how this data will be handled in the future.

Cryptographic heritage is being tested as we speak, thanks to the Memory Matrix project. MIT is a valuable player in this regard, as their campus is being used to recreate destroyed heritage in a participatory project. Recreating this lost culture through plexiglass jewelry arranged as pixels is an interesting spin on things.

Additionally, cryptographic heritage allows for users to prove digital ownership of their pixels and the associated jewelry. Moreover, everyone in the public can use the public key associated with the pixel to encrypt messages, which can be decoded by the owner, and only the owner. Cryptographic heritage would allow keys to be more than just a key, as it would also represent a token, store of value, medium of communication, and a mark of world history.

Tags: bitcoinBitcoin Newsblockchainblockchain technologyCryptographic HeritageCultural heritagedistributed ledgermitNews
Tweet123Share196ShareSend
BitStarz Player Lands $2,459,124 Record Win! Could you be next big winner? Win up to $1,000,000 in One Spin at CryptoSlots