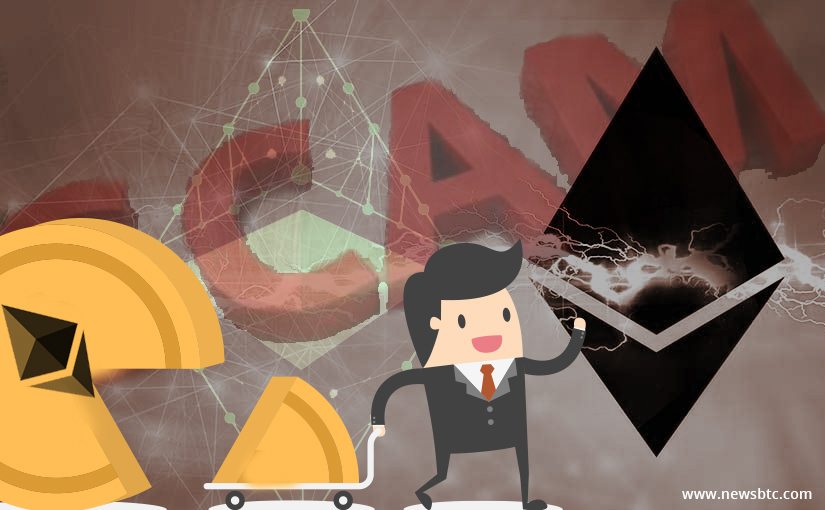 Cryptocurrency ICOs have been targeted by criminals for some time now. Virtually every project suffers from scam attempts, or phishing emails these days. The Edgeless ICO is no different in this regard, even though the crowdsale ended some time ago. An assailant successfully tricks Slack users into making Ethereum-based contributions for remaining tokens. So far, over 200 Ether has been collected through these attempts already.

If there is one thing ICOs have attracted, it is a bunch of scammers and criminals. Due to the unregulated nature of this industry, people can steal money and all but get away with it as well. Multiple ICOs have been affected by such incidents over the past few months. Unfortunately, this trend is growing more popular as new scammers surface every other week. The latest incident involves the Edgeless ICO, which concluded its crowdsale some time ago.

Although it is unclear what this scam entails exactly, the results are there for everyone to see. More specifically, over 200 Ether has been collected through this scam already. Sources claim one 200 ETH transaction comes from one investor directly. A very disturbing development if true, that much is certain. Unfortunately, it is only the latest in a long list of cryptocurrency ICO-related scams taking place this year. Millions in Ether have been lost already and the trend only grows worse.

All of this goes to show there are a lot of security concerns regarding ICOs. It may also be a good time to introduce some form of regulation, to be fair. Protecting investors from financial harm needs to be a priority. There is very little ICO teams can do themselves when all tokens are sold and people still invest. It is doubtful regulators would make much of an impact either, though. Events like these will continue to occur for as long as this industry exists, unfortunately.

For the time being, it is unclear what the Edgeless team will do. Investors need to conduct due diligence when getting involved in cryptocurrency ICOs. That also means checking when crowdsales are active or over, rather than clicking random links on the Internet. Moreover, a lot of projects see their token value decline after the ICO, which creates a better buying opportunity in the end. This is yet another unfortunate incident which shows why ICOs continue to pose major risks.