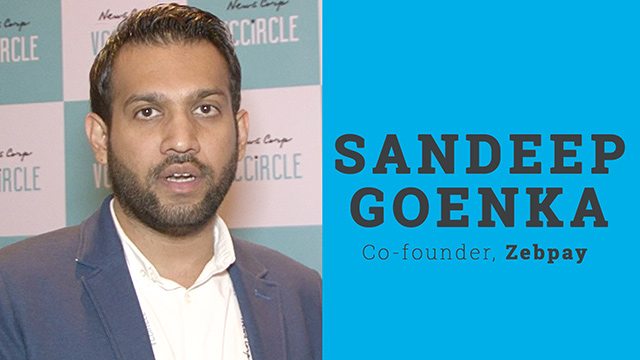 NewsBTC recently had a chance to sit down with ZebPay’s Sandeep Goenka. With a major blockchain conference taking place in Mumbai, it was a good time to meet up. India is quite an intriguing region when it comes to Bitcoin, as there is a strong focus on digital payment solutions already. NewsBTC’s Editor-in-Chief Gautham Narasimhamurthy had a good discussion with Goenka regarding the future of Bitcoin in India.

Considering it is the first time Sandeep Goenka speaks to a Bitcoin news media group, NewsBTC is honored to sit down with him. ZebPay is one of the leading Bitcoin exchanges in India today. When asked about regulatory pressure Goenka got straight to the point. The goal is to bring the industry together and create a common platform in the form of DABFI. This lobby group will help shape the future of both Bitcoin and blockchain in the country over the coming years.

Lobbying itself has been pretty successful so far. Goenka state show there is ‘a lot of activity” among government officials these days. Various departments are looking into this matter in an effort to find a common solution. There is still a lot of regulatory uncertainty for the time being, though. Most meetings so far have been rather solid. It seems involved parties have no major issue wrapping their head around the concept of cryptocurrency and blockchain. Moreover, DABFI has given some pointers as to how the illicit use of Bitcoin can be prevented by the government.

Having such an open dialog will be invaluable for all parties. It is important different viewpoints are heard before any decision is made by the people in power. Not stifling innovation is the number one priority for DABFI. So far, the atmosphere is overall positive, but it is impossible to tell what the regulators are actually thinking. Moreover, some recent media reports are rather disconcerting.  We can only hope there will be no knee-jerk reaction from the government.

It is doubtful the Indian government will introduce something on the same level as BitLicense. That will only be done if officials are convinced it is the right decision. For now, that is not the case, according to Goenka, albeit it is still too early to tell. A knee-jerk reaction would certainly be a big loss for India. Self-regulation is also an option worth exploring. An international body of all governments would be the best outcome, although it may not be feasible. Goenka confirms it is positive to see an active interest from India’s government so far. The recommendation for a self-regulating cryptocurrency-related organization has been made, though. Only time will tell if the government decides to pursue this option.

More Currencies are Coming to ZebPay

On the topic of ZebPay, some changes will be coming. The company mainly focuses on making cryptocurrency simple and exciting for all users. New cryptocurrencies will be coming in the future, though. Right now, it is unclear which of the different currencies will be added in the future. Explaining the concept of Bitcoin is already difficult. Taking the time to add more currencies is the right decision for the company right now. Last but not least, ZebPay has no intention to venture into the blockchain world anytime soon.

Tags: bitcoinindiaSandeep Goenkazebpay
TweetShare
BitStarz Player Lands $2,459,124 Record Win! Could you be next big winner? Win up to $1,000,000 in One Spin at CryptoSlots