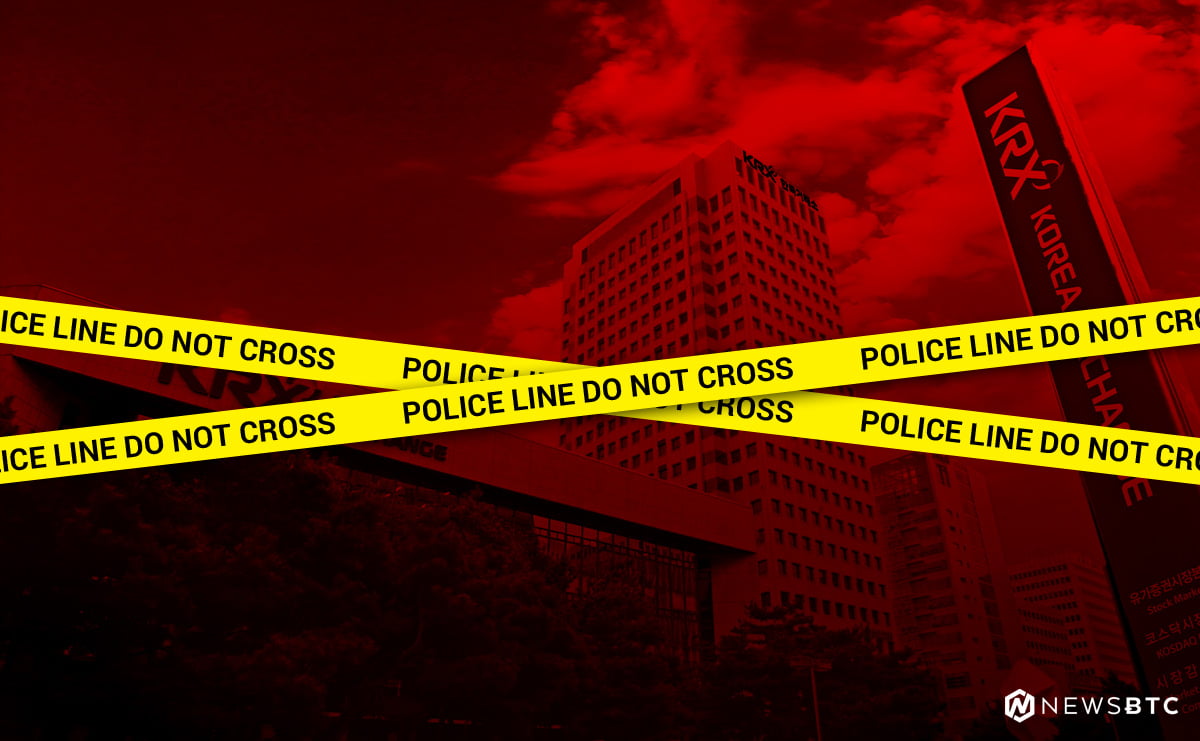 Traders in Asia have a huge influence on cryptocurrency markets. So much so that when news comes out of South Korea of police raids on exchanges and a possible all-out crypto ban the markets take a nose dive.

Two of the largest exchanges in the country and the rest of the world were raided by police and tax inspectors this week. This is not the first time the government has tried to quash the fervor for crypto in the Southeast Asian nation. South Korea is responsible for up to 20% of the global trade in cryptocurrencies so what happens there will have a ripple effect on the markets. Evidence of this can clearly be seen during the Asian trading session this morning as all assets are plummeting as panic selling ensues.

The world’s second largest crypto exchange, Bithumb, was raided this week as staff told reporters that they were asked to disclose paperwork to tax inspectors. Coinone was also targeted in the raids in what appears to be another government fear mongering effort;

“A few officials from the National Tax Service raided our office this week. Local police also have been investigating our company since last year, they think what we do is gambling,”

Reports have also emerged of banks that offer crypto accounts being raided on accounts of crime prevention. The South Korean government is developing a system that seeks to ban the use of anonymous trading accounts according to local press Yonhap News. Under the measure, only real-name bank accounts and matching accounts at cryptocurrency exchanges can be used for deposits and withdrawals, while the issuance of new virtual accounts to cryptocurrency exchanges will be banned.

The government is also seeking to strengthen requirements of local crypto exchanges to prevent money laundering and toughen punishments for crimes related to virtual currency according to reports.

As usual, the media frenzy followed and a selloff has begun during the Asian session this morning. News outlets such as CNBC misreporting that South Korea has banned trading does not help the matter. All cryptos are in the red at the time of writing with Bitcoin falling 25% from $17,500 to just over $13,000. Ethereum and Litecoin are also retracting but Ripple has taken the biggest hit with a 50% drop in less than a week.

Clampdowns in Korea will always happen, trading has not been banned and there is no need to panic. Smart traders will use these opportunities to take advantages of dips in a market that has already seen an explosive growth in the past month, not so smart ones will panic sell.

Tags: Bitcoin lawbitcoin regulationexchangeraidSouth Korea
Tweet123Share196ShareSend
Win up to $1,000,000 in One Spin at CryptoSlots