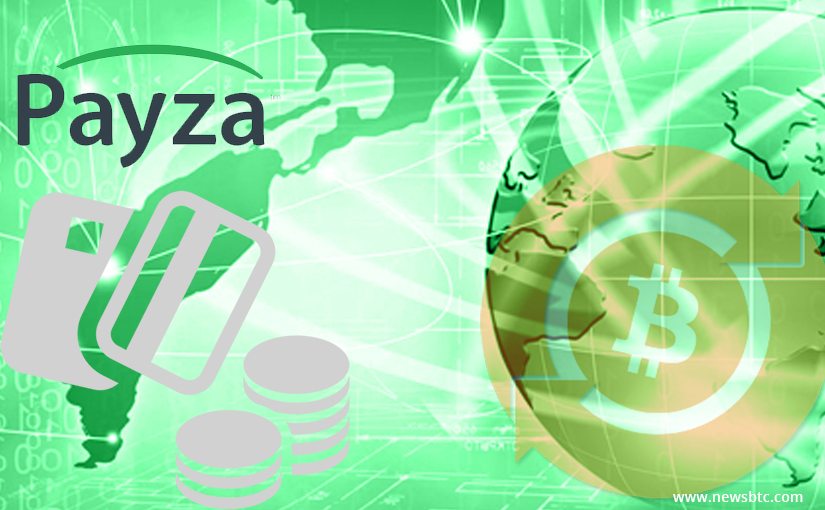 Consumers who use global payment solutions will know the Payza brand. The company has made a name for itself by providing convenient eWallet services to users worldwide. In a surprising turn of events, the company announced it will enable Bitcoin support shortly. In fact, Payza aims to treat Bitcoin like any other currency supported by the platform. This is a major boon for Bitcoin and cryptocurrency.

It has been coming for some time now, but global payment processors are finally paying attention to Bitcoin. With the increasing price and growing global demand, Bitcoin is on a lot of people’s radar. Payza, a company known for its innovative approach to digital payments, now acknowledges bitcoin’s potential. The company will integrate Bitcoin into their eWallet service in the near future.

Additionally, all Payza members will be able to send and receive BTC payments from other members. Do keep in mind there is a 1.2% transaction fee for such transfers. However, it is a lot lower compared to the standard US$2.9 fee + 0.3%. It will be interesting to see how this decision affects Bitcoin as a whole. Payza is a globally recognized brand, and their support can be invaluable.

Any merchant using Payza can accept Bitcoin payments as well. It is possible to keep this transaction in Bitcoin, rather than convert to fiat currency. This latter option is still available for those who want it, though. Being able to keep BTC in the Payza eWallet is a significant step up for the company and cryptocurrency alike. Moreover, merchants can set product prices in Bitcoin directly, if they prefer to take that route.

Big News For Bitcoin And Cryptocurrency

“We’re very excited about these new features because it positions Payza as one of the best options for Bitcoin neophytes who are ready to experiment with cryptocurrencies. We wanted to provide a worry-free way for our members to exchange and hold Bitcoin. We feel that the services announced today are perfect for people who are interested in Bitcoin, but are intimidated by the security risks and technical knowledge seemingly required to use them.”

It is evident the company sees a bright future for cryptocurrency. Payza initially started accepting Bitcoin payments in 2014. However, it took them about three years to see the full potential of cryptocurrency. It is good to see them stick with Bitcoin during this time, though. It is not easy to be an early adopter of cryptocurrency and not give up when initial success remains a bit lackluster. Thankfully, companies such as this one stay the course regardless of all hardship along the way.

Tags: bitcoinBitcoin Newspayza
TweetShare
BitStarz Player Lands $2,459,124 Record Win! Could you be next big winner? Win up to $1,000,000 in One Spin at CryptoSlots