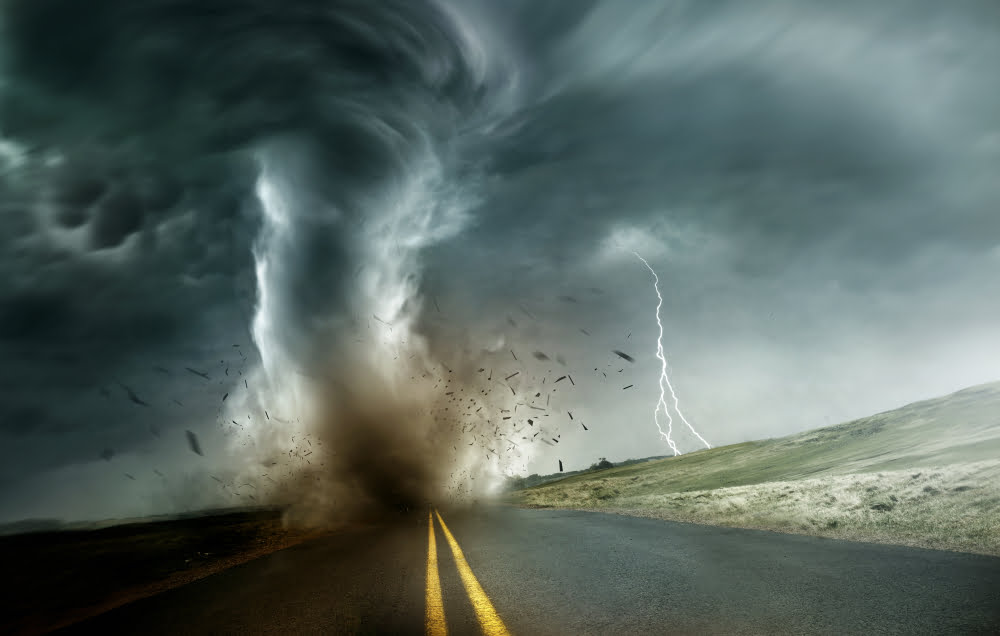 At long last, the crypto asset market has begun to get back on its feet after 2018’s harrowing decline. Technical indicators are seemingly falling in place for a recovery, and fundamentals have begun to present a positive precedent for Bitcoin (BTC).

In fact, one analyst writes that there is currently a “perfect storm” being brewed for the leading cryptocurrency at the moment, citing the rise in certain macroeconomy trends that could be a boon for BTC.

Brendan Bernstein, the founding partner of Tetras Capital, an industry investment firm whose partners seem skeptical of Ethereum, recently laid out why he believes BTC’s long-term prospects are healthy.

Like Travis Kling, Bernstein, a proponent of the “Bitcoin, not blockchain” raison d’etre, drew attention to the Federal Reserve’s propensity to enlist quantitative easing (QE) strategies. While QE, which is a fiscal policy that sees central banks purchase assets to boost the economy, has arguably been a positive catalyst for cryptocurrencies for the better part of a decade, some fear that the economy might get dicey.

Anti-establishment figures, presumably like Bernstein, are wary that with the overutilization of QE, the economy could be put in a bad place, potentially giving BTC a chance to rally as a non-correlated store of value.

Next, the Tetras founder looked to the rise in democratic socialism (seen in the 2020 election cycle)and modern monetary theory (MMT), two political and economic strategies deemed necessary for the betterment of the economy, but could result in inflation or other fiscal shortcomings. With one of Bitcoin’s most-touted characteristics being its deflationary issuance schedule, the rapid inflation of prominent government-issued currencies would likely give cryptocurrencies an opportunity to rally and eat up the global monetary pie.

With Bernstein claiming that 10,000 baby boomers are retiring daily, leading to a skyrocketing number of entitlements, central banks could be put under even more pressure, as global governments struggle to fill the needs of the retirement system. As Anthony Pompliano once wrote, pension funds do not have the ability to pay their dues, leaving something like Bitcoin the only answer to their problems.

Related Reading: Bitcoin Could Swell To $1.5 Million If It Absorbs All Fiat and Gold Holdings

And to put the cherry on the top of the crypto cake, the Bitcoin pundit looks to the U.S. sovereign debt issue, which will see interest expenses surpass the tax receipts themselves by 2022. Although some economists see ways out of this debacle, many libertarians claim that to solve this issue, the Federal Reserve’s only option would be to print its way out of a debt crisis, thereby inflating the dollar beyond compare.

Crypto Investors Over The Moon

Bernstein’s recent optimistic quip comes as crypto investors the world over, and notable ones at that, have also started to express unwavering hope for the long-term prospects of Bitcoin. In other words, Bernstein isn’t the only investor sure that BTC is far from biting the dust, despite a seeming scathing hit piece from The Economist, which lambasted cryptocurrencies and their premises.

Alistair Milne, the chief investment officer of an industry fund, recently took to Twitter to write that “pretty much every OG Bitcoin trader” that he respects is leaning bullish. Technical analyst The Crypto Dog echoed this too, remarking on Twitter that he knows many that are bullish, in spite of the downturn.

It is clear that underlying industry developments, coupled with the recent price action, has begun to convince many cryptocurrency investors that this rally has legs, and that the bear market finally is over. However, some cynics claim that’s it’s too early to call for a rally, citing bull traps and fakeouts. But who will come out on top?