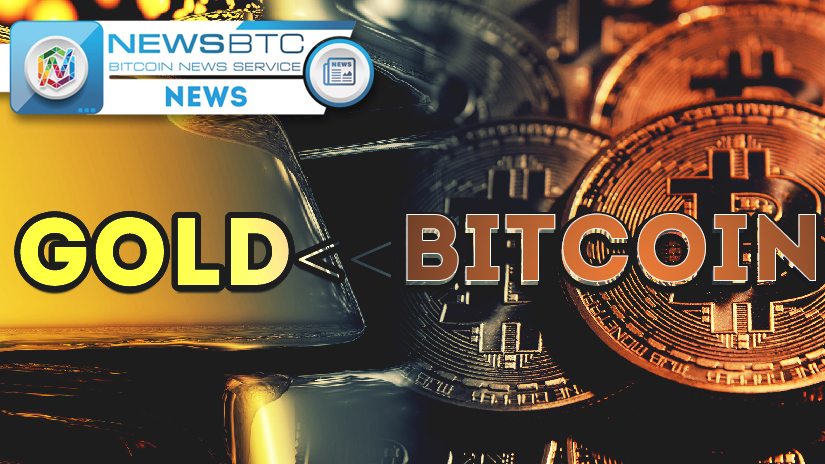 Physical Gold is No Longer, Opens Up Opportunities Bitcoin

Gold is often considered to be the go-to asset during times of financial turmoil. That may no longer be the case, as demand for physical gold is lower than it has ever been. Investors are turning away from physical gold, as well as silver, for some unknown reason. Digital assets are the new hype as of late, which creates new opportunities for bitcoin and other cryptocurrencies.

It is somewhat strange to learn demand for physical gold is waning. Bullion has always been a popular investment vehicle to diversify a portfolio. Over the past few months, however,  the demand for physical gold and silver has dropped significantly. To be more precise, the US mint saw their sales of US Eagle gold coins drop by 67% in the past twelve months. Although a decrease in sales volume is not unusual, this margin is rather unprecedented.

The same statistics apply to US Eagle silver coins, which saw demand drop by 75% in the same period. One might argue this only reflects upon the United States, yet that statement would not be entirely correct. A smaller demand for gold and silver is prevalent all over the world right now.  Mainly bars, coins, and jewelry are far less popular than they should be. With slower sales and falling margins, it becomes a lot more difficult to make a profit.

It is also worth noting the decrease in physical gold demand does not correlate to the price. In fact, the gold price has risen by 16% since February 2016. One would expect demand to increase as the price increases, but that is not the case. A very intriguing situation that is rather difficult to explain right now. One explanation is how traders never deal with physical bullion, but rather a paper or digital version.

Gold contracts have become the favored method of buying and selling gold these days. Investors buy contracts during periods of financial turmoil. When the economy recovers, gold contracts are dumped, resulting in the price per troy ounce declining as well. There is no real need for physical gold right now, nor will there be anytime soon at this rate.

As digital assets become more important to investors and traders, new opportunities are created. Alternative digital assets, such as bitcoin and cryptocurrency, can make a big impact over the next few years. Wealthy investors still want to diversify their portfolio yet physical gold is not a viable option to do so. It will be interesting to keep an eye on this situation moving forward, that much is certain.

Get 110 USDT Futures Bonus for FREE!
Tags: bitcoinBitcoin NewsinvestingPhysical Gold
Tweet123Share196ShareSend
BitStarz Player Lands $2,459,124 Record Win! Could you be next big winner? Win up to $1,000,000 in One Spin at CryptoSlots