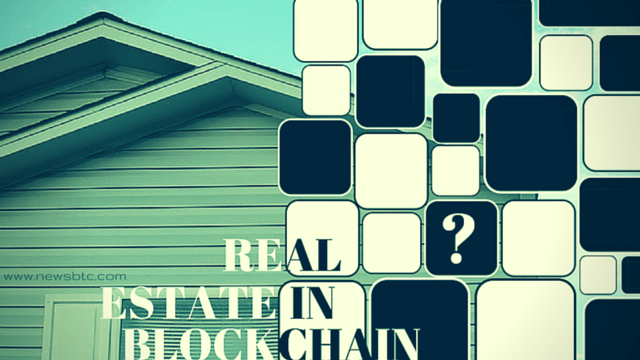 This week, there have been some interesting developments within the crypto/property space. Firstly, Magnum Real Estate Group president, Ben Shaoul spoke to CNBC about his latest project. He’s currently developing several condominiums on the Lower East Side of Manhattan. Each will hit the market for between $700,000 and $1.5 million for which he’s willing to accept payment in Bitcoin. Whilst not particularly newsworthy alone, the somewhat aspect of this story is what the he plans to do with payments made using crypto.

Unlike previous Bitcoin real estate transactions, Shaoul has no plan to immediately liquidate his coins. He says he’d rather use them to finance his art purchases, claiming that many of the sellers in that market prefer to be paid in Bitcoin. He goes on to highlight the likelihood of BTC increasing in value over time as justification enough for his decision to hold. When asked about his decision to accept the currency in the first place, he said:

“Our buyer has evolved, they’ve moved from mom and pops to young people who want to pay with various forms of payment. Cryptocurrency is something that has been asked of us — ‘Can you take cryptocurrency? Can we pay that way?’ — and of course when somebody wants to pay you with a different form of payment, you’re going to try to work with them and give them what they want, especially in a very busy real estate market.”

Elsewhere recently, London’s Evening Standard reported a real estate listing in the UK’s capital for which the sellers would only accept Bitcoin. The property on the market is a six-storey apartment building, converted into a single home near Portobello Road. Lev Loginov, of property development group London Wall said:

We want to shift all the perceptions on cryptocurrency. We think in future it is going to eliminate the need for solicitors and property title and is really going to change how real estate transactions are conducted.

The future he speaks of might be closer than he realises, however. Last month, a developer sold a property in Kiev, Ukraine entirely using a smart contract on the Ethereum blockchain. Buyer of the apartment and co-founder of news site TechCrunch, Michael Arrington, later announced on Twitter that he believes this to be the first time that the blockchain had been used to transfer a “real asset other than a crypto currency”. The transaction required little legal arbitration therefore saved the participants time, and costly legal fees.

Propy, a new name in the real estate industry specialising in decentralised title registry helped with the purchase. Their CEO, Natalia Karayaneva, was pleased with how the deal, which was announced just days ago, had been executed:

I’m thrilled to see Propy leading the charge in putting real estate on the blockchain—bringing transparency, efficiency and security to an industry traditionally fraught with red tape and bureaucracy.

BitStarz Player Lands $2,459,124 Record Win! Could you be next big winner?
Tags: bitcoinBitcoin newsBitcoin Newsbitcoin real estateblockchain real estateethereumethereum blockchainOtherpropertyreal estate
Tweet123Share196ShareSend
Win up to $1,000,000 in One Spin at CryptoSlots