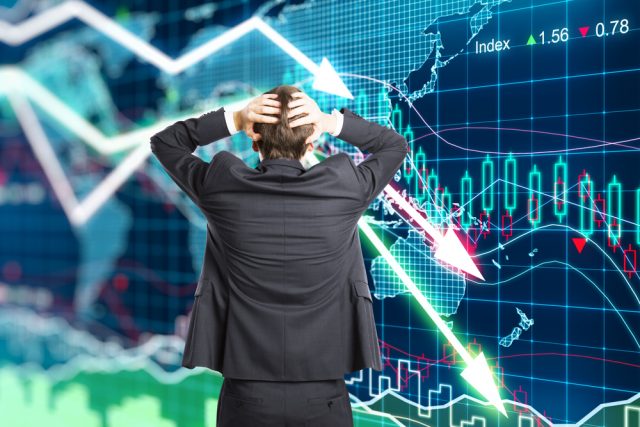 Recession Woes Are Far From Over Despite Brexit Recovery

The Brexit is raising a lot more questions than we have answers at this time. Despite turmoil on the stock and fiat currency markets, there is no significant altercation to speak of. The so-called Brexit “fear’ has not materialized yet, albeit this could be a period of the calm before the storm. At the same time, the IMF is pointing at Deutsche Bank as the institution to send the world economy into deep recession.

Brexit: Economic Calm Before The Storm

Fear is an odd creature, as it transcends borders of what people envision to be impacted by the Brexit. Financial woes are taking place, albeit less spectacularly than people anticipated Albeit the world’s central banks appeared ready for the Brexit outcome, they are not out of the woods just yet.

During the first 48 hours after the voting, the Pound Sterling lost a lot of value. The overseas market followed suit, and there were grave concerns regarding another looming recession. But ever since, international markets seem to be recovering. In reality, however, this is a calm before the storm, and its actual effects will become visible shortly.

Moody’s dropping the UK’s credit rating hardly came as a surprise. Unfortunately, the biggest shockwaves will take place in roughly twelve months from now, when the tallies are made. Time will tell if there is any mismatch in currencies or maturities, and more details will become visible as the deadlines approach. These repayment deadlines will expire in roughly one year from today.

Do not be lulled into a false sense of security, despite the signs of market recovery. We are far from “OK” at this point, albeit the first shock wave was absorbed with relative ease. The road ahead will only get bumpier every week. Moreover, whatever happens to the UK economy in the coming year will happen to the rest of Europe as well. Danske Bank, for example, predicts both the UK and eurozone will hit a new recession later this year.

Deutsche Bank Will Cause A Recession

Several experts feel the biggest threat to the global economy comes from within the euro zone itself. Particularly the Deutsche Bank is a cause of concern, according to the IMF. Deutsche Bank has been facing a fair share of scrutiny over the past few years, as they have the biggest derivative exposure in the world today.

The Brexit has not done the Deutsche Bank stocks any favors either. In fact, they reached a record low a few days ago, which came as quite a surprise to a lot of people. But there is more bad news, as the IMF labeled the institution as being “the most important net contributor to systemic risks.”

If the Deutsche Bank were to collapse – which seems inevitable right now – they would impact every other financial institution on the planet. The global ramifications would be so widespread; the world whole would be pushed into recession again. Stock prices for DB will be pushed down even further if this trend continues, resulting in even more cause for concern.

Bitcoin Does Its Own Thing

Regardless of all these economic concerns, Bitcoin remains unaffected by the Brexit and other political games. The value per Bitcoin is still holding firm, and investors should considering diversifying their portfolios with Bitcoin as well.  For people looking to avert the recession and other financial woes, Bitcoin is a perfect solution. The free market model has been suppressed by traditional finance for far too long.  But in the end, Bitcoin offers financial freedom for everybody who wants it.

Tags: bitcoinbrexitDeutsche bankfinanceNewsOpinionrecession
TweetShare
BitStarz Player Lands $2,459,124 Record Win! Could you be next big winner? Win up to $1,000,000 in One Spin at CryptoSlots