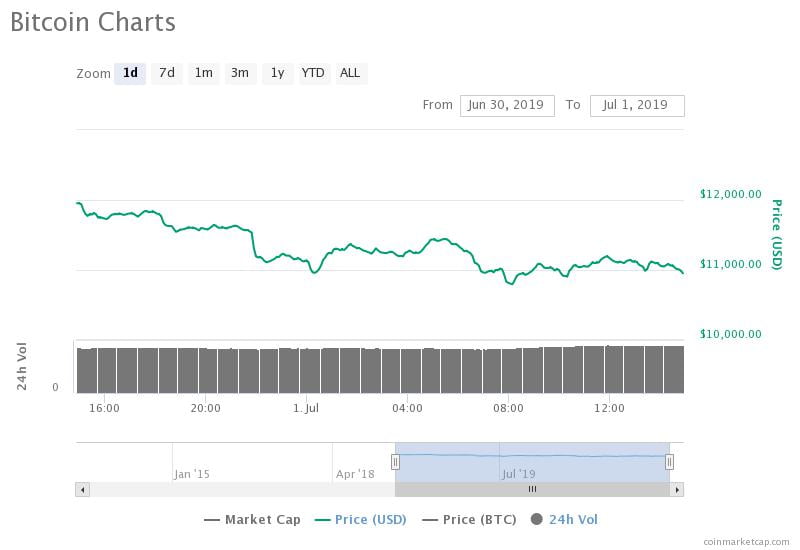 Data from blockchain.com shows the hash rate for Bitcoin hit 68,638,992 TH/s on June, 29th. An all-time-high for the Bitcoin network. The Bitcoin hash rate has been on an upward trend since mid-December last year and has seen a 113% increase from that point.

The term hash rate refers to the speed of completing an operation on the blockchain. In other words, it refers to how much computing power miners lend to network. At the end of June, on the Bitcoin network, that equated to a mind-blowing 68,638,992 trillion hashes per second.

For comparison purposes, on the same day, hash rates for Ethereum and Litecoin, the next most significant proof of work coins were, 174.7 TH/s and 434.6 TH/s respectively. Making them imperceptible when charted against Bitcoin.

Bitcoin’s dominance of hash rate justifies its reputation as the most secure network, as well as its position as market cap leader. On this point, Ted Shabecoff, writing for Hackernoon, said:

“Bitcoin is widely considered a safe harbor of cryptoassets, the oldest cryptoasset in existence, and it’s price and hashrate are harbingers of how the greater cryptocurrency market will perform. Unlike Litecoin, Bitcoin will not experience an imminent halving, an event that occurs every few years. However, in the months before May 2020, the next halving for Bitcoin, the asset’s hashrate and price will surely ascend.”

Hash Rate Is Not A Strong Measure Of Price Movement

As such, the hash rate is a useful indicator of network confidence. But using it as a gauge for future price movement is troublesome. This is because of gearing inefficiencies skew the correlation between hash rate and the Bitcoin price.

“Like any other capital-driven industry, the delay in the upwards drag results from the time difference between making an investment decision and when the gear is actually switched on. For most players in bitcoin mining, this is on the order of months and depends on their proximity and relationships with the producers of mining gear.”

Of course, in a situation where it becomes unprofitable to mine Bitcoin, the equipment can be switched off immediately. This means:

“Hashrate will therefore lag in price increaes on the order of months, but respond much quicker to decreases in price.”

The Number of Miners Joining Is Also At Record Levels

All the same, the hash rate is a useful indicator of network health. Chris DeRose, Community Director at the Counterparty Foundation, talks about the hash rate being a measure of interest from miners, and its relationship with mining difficulty:

“As there are many miners, there will be more hashing. And every two weeks, every 2016 blocks I believe, the calibration of the network [mining difficulty] is adjusted, and a new difficulty level is arrived at. So, when you change the difficulty, it is a measurement of people, miners either entering or exiting the system.