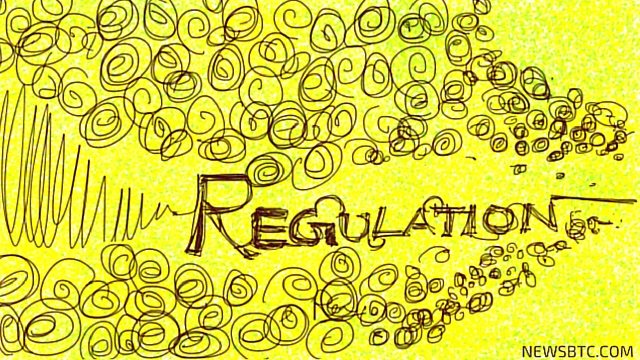 Since the realm of virtual currencies is a decentralized industry, there is no single monetary authority or government agency implementing bitcoin regulation these days. In the United States, state governments are in charge of coming up with the necessary legislation to oversee the activity of bitcoin companies and enforcing the rules.

For the Uniform Law Commission (ULC), there is a need for a unified bitcoin regulation law, as this could help strike the balance between consumer protection and encouraging innovation. The group recently released a discussion-only draft of their proposed Regulation of Virtual Currencies Act ahead of their meeting this week.

The draft description defines virtual currencies as forms of electronic value that depends on the market and is not backed by the government. It also acknowledges that virtual currencies can be purchased and have legitimate purposes.

Bitcoin regulation is still a huge debate these days, as many are worried that the high fees associated with obtaining licenses and regulatory approval could force smaller startups to close shop or relocate. Others have argued that bitcoin regulation such as New York’s BitLicense could stifle innovation, especially for unconventional products still being developed.

California was also making progress when it comes to regulating virtual currencies, as the state tried to pass the regulatory bill AB1326, which is seen to be similar to BitLicense.

“This bill would require each licensee to maintain at all times such capital as the commissioner determines, subject to specified factors, is sufficient to ensure the safety and soundness of the licensee, its ongoing operations, and maintain consumer protection,” it indicated. However, this bill was shelved, leading the ULC to make the initiative when it comes to creating a uniform regulatory framework for virtual currencies.

The ULC is known for its creation of the Uniform Commercial Code, which governs transactions between the US and its territories. The committee will convene on October 9 to discuss more details and potential changes to the draft of the Regulation of Virtual Currencies Act.

Tags: Bitcoin Newsbitcoin regulationbitlicenseNewsvirtual currencies regulation
Tweet123Share196ShareSend
Win up to $1,000,000 in One Spin at CryptoSlots