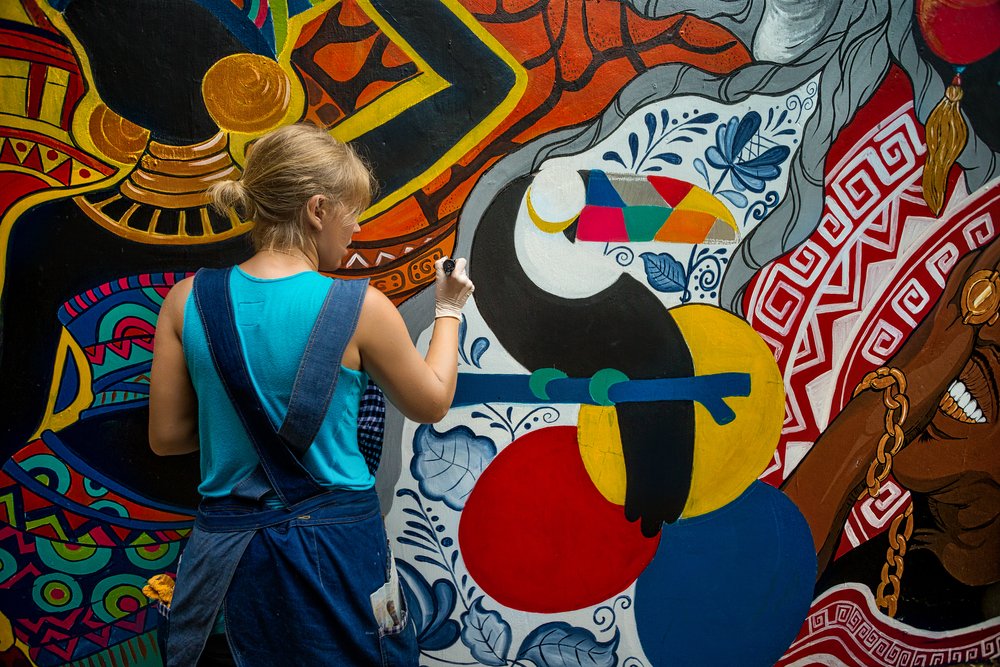 Perhaps the most well known Bitcoin artist is on a mission to spread the Bitcoin word in Venezuela. Pascal Boyart has been working with the website SatoshiEnVenezula to help artists local to the South American nation monetise their work using the crypto asset.

Boyart is famous for his Bitcoin-inspired murals in his native France. His preferred medium, city walls, make fitting canvases to experiment with the use of permissionless monetary networks.

Venezuela Primed for Widespread Bitcoin Adoption: Can Street Artists Give it a Push?

Pascal Boyart is at the forefront of the cryptocurrency art world. He’s made a name for himself with his enormous murals, inspired by the racket that is central banking and the potential alternative offered by Bitcoin.

Although NewsBTC has featured Boyart’s work on numerous occasions in the past, his latest project sees him extend the tools of his craft to his fellow artists for the first time – particularly those in Venezuela.

Working with SatoshiEnVenezuela, a group attempting to spread cryptocurrency awareness in the hyperinflation-stricken nation, the artist has produced an extensive guide, which details exactly how local street artists can monetise their own work using Bitcoin and, by doing so, promote the cryptocurrency in the process.

For many Bitcoin advocates, Venezuela appears to represent the ideal circumstances for widespread adoption of the cryptocurrency. The nation has seen its national currency, the bolivar, plummet relative to other fiat currencies in recent years at the hands of reckless government policies.

Despite rising interest in Bitcoin, as evidenced by volume data from LocalBitcoins (provided by UsefulTulips), real usage of the digital currency appears to be isolated for now. Groups like SatoshiEnVenezuela are working tirelessly to promote Bitcoin as a workable alternative to the bolivar for those that have seen life savings dwindle before their eyes but are yet to see real traction.

Efforts to familiarise people with Bitcoin, such as those Boyart has been involved with in the past, could start to reverse this situation. Even artworks not directly critiquing central banking or espousing the virtues of Bitcoin, as many of Boyart’s own works do, still contribute to the normalisation of the crypto asset.

The joint effort between Boyart and SatoshiEnVenezuela describes exactly how artists can work Bitcoin wallet QR codes into their pieces. It features an extensive tutorial that details different methods for including  wallet information within artwork, as well as issues the French mural painter has encountered during his own creative journey with Bitcoin, and the importance of publicising the very idea.

The tutorial concludes with an extensive FAQ, in which Boyart explains the permissionless nature of Bitcoin itself. This quality seems to make Bitcoin even more well-suited to the street mural artist’s craft. Painting a mural is often an anarchic act in itself, which forgoes the need to request permission from whichever authority has jurisdiction over the wall used as canvas.

Related Reading: Is Bitcoin Becoming A Leading Indicator For Gold?

Tags: bitcoinPascal BoyartVenezuela
Tweet123Share196ShareSend
Win up to $1,000,000 in One Spin at CryptoSlots