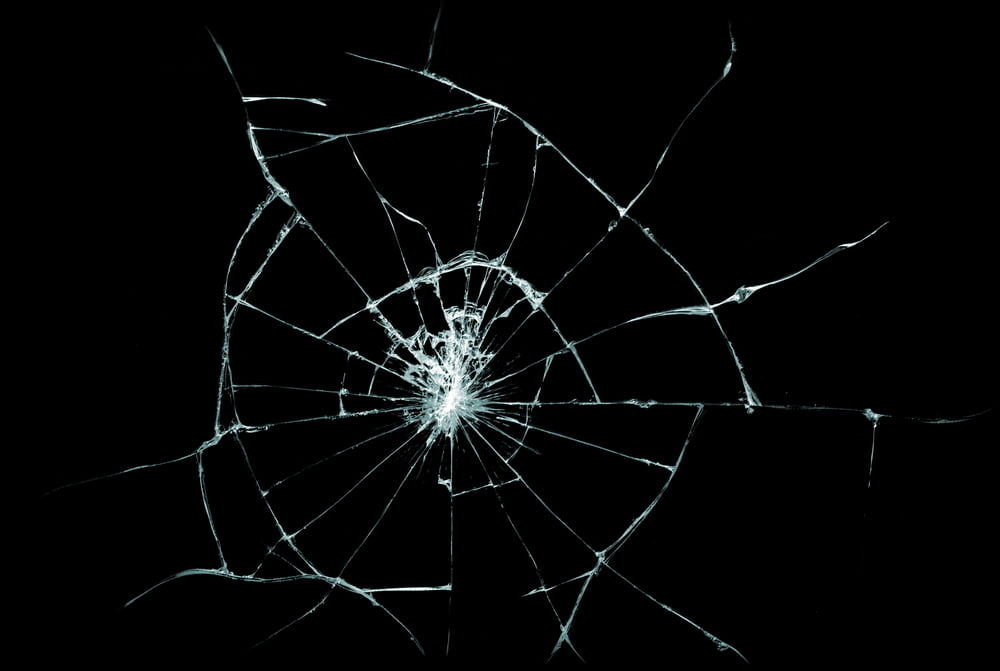 After two and a half months of continual tumult, Bitcoin has finally begun to find a semblance of stability. Yet, a leading crypto trader claims that this lull will be short-lived, especially as long-term trendlines pressure crypto assets lower and lower.

Mere months after Tom Lee, managing director and head of research of Fundstrat, remarked that he wouldn’t be issuing explicit, time-bound price predictions, one of his coworkers cut out some time to analyze the crypto markets. Fundstrat’s in-house chartist, Rob Sluymer, who hasn’t shied away from talking Bitcoin previously, released a note to his clients regarding his analysis of digital assets.

According to Bloomberg, who obtained a copy of the note, the New York-headquartered Fundstrat believes CryptoFX’s large-cap, mid-cap, and small-cap advance/decline indices are on track to retest their mid-December 2018 lows, with a weak technical setup no less. Specifically touching on small-caps, meaning crypto assets under the ~$60 million market capitalization threshold, Sluymer remarked that the price structure for this subset “remains weak and appears vulnerable to a pending breakdown to lower lows.” 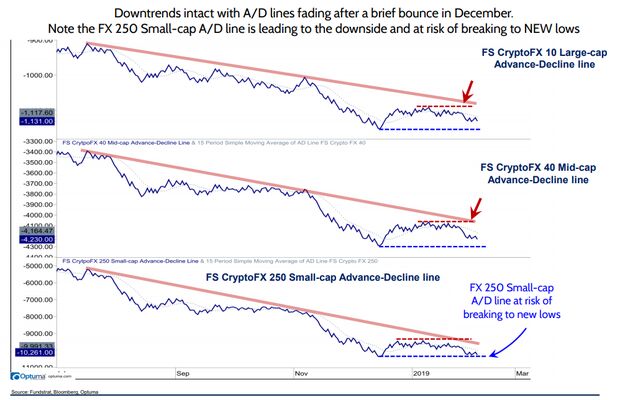 While the analyst’s comments make it sound like lower lows are inbound, there shouldn’t be an immediate cause for alarm. More specifically, the aggregate value of all non-Bitcoin cryptocurrencies is still 14.5% above the lows seen on December 14th and 15th, when the crypto sector at large thought the sky was falling on their heads.

Anyhow, Sluymer went on to paint a foreboding picture for Bitcoin. While he was hesitant to mention time frames in a bid to stay cohesive with company policy, he noted that a key price point to watch for the flagship cryptocurrency will be $3,100. In his eyes, if BTC breaks under its Q4 lows at ~$3,150, a move to $2,270 wouldn’t be unlikely, as that would indicate that the market hasn’t found a long-term floor just yet.

The Fundstrat head technician isn’t the only one who believes that lower lows for BTC are a possibility, if not inbound. Murad Mahmudov, a prominent trader, recently claimed that in the following weeks, the asset could enter a state of “hell” in the coming months, especially if no noticeable uptrend is established. In fact, echoing his forecasts that NewsBTC has covered previously, Mahmudov drew attention to $1,700, claiming that BTC could briefly wick down to that level to establish a bottom.

However, both Mahmudov and Sluymer drew attention to the $4,200 price level, explaining that a move above that level could abate bearish price action for a short period at the minimum.

Yet, the overall tone touted by industry pundits still seems to be overtly bearish, especially as there are still scant catalysts to warrant a Bitcoin recovery off its yearly lows.

Although “HODLers” are likely nearing the point where surrender — capitulation — would be in order, just three weeks back, Tom Lee took to Fox News‘ business and finance segment to talk about Bitcoin’s long-term prospects. Surprisingly, Lee was bullish, and even mentioned a price level that he could see BTC breach, especially as the market begins to acknowledge the asset’s true value.

The Fundstrat head explained that he was disappointed with his early-2018 prediction of $25,000, citing the fact that BTC was dragged down by other cryptocurrencies’ struggle. This aside, he went on to touch on that auspicious price point, explaining that there’s a hunger, even thirst for an uncorrelated digital asset that isn’t only used for speculative purposes, but as a newfangled form of money and store of value too.

Lee even noted that from a historical standpoint, BTC is doing just fine, as the asset hasn’t only survived after 70% to 80% drawbacks, but thrived afterward. This comes after he took to the stage of BlockShow Asia to simply claim that crypto is “bent, not broken,” subsequently adding that this nascent industry still touts staying power, as there are trillions of dollars of value transacted on Bitcoin year in and year out.

In closing, the investor even remarked that this is the “golden time” to be in crypto, citing BTC’s move under its 200-day moving average as a seeming sign that accumulation would be logical.