What role will Bitcoin play in the evolution of stock markets? 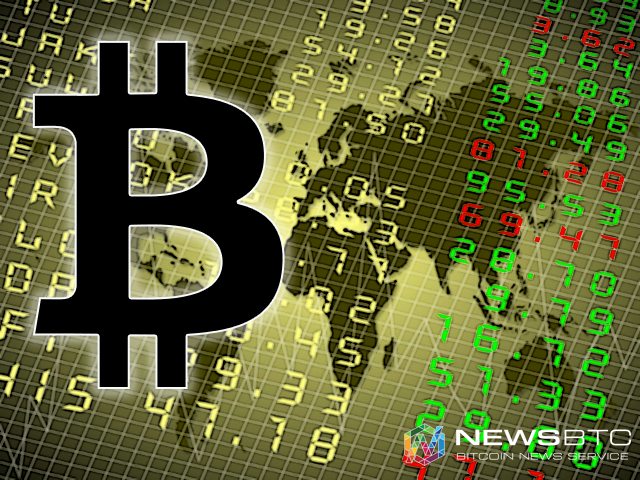 Compared with academic research carried out in previous years you may have noticed that many scholarly papers in 2016 have so far focused on analyzing Bitcoin’s potential future role, and in some cases examined user experiences of Bitcoin security and privacy [See: Krombholz, Judmayer, Gusenbauer and Weippl  (2016); SBA Research, Vienna, Austria].

Some commentators are predicting a price surge during the year, mainly due to a slower rate of growth in the money supply. You could conclude this indicates that Bitcoin is beginning to behave like a traditional currency, effectively responding to supply and demand. Is this enough to ensure it will have a central role in stock market development? Some traders believe so and you may be aware of those who have switched already from trading in commodities such as oil to a virtual alternative.

Due to the slowing of the economy in China demand for Bitcoin there has increased. You will find the same is true of other parts of the world where there is financial insecurity – in some respects Bitcoin may be considered a favorable alternative. In the last quarter of 2015 the price of Bitcoin doubled, resulting in the most successful quarter of the previous two years. Bitcoin’s halving process tends to dampen supply, which pushes prices up, and the same action can have the same effect on the production of regular commodities, such as oil.

Early adopters of Bitcoin such as Pete Briger are confident that it could play a significant part in the evolution of stock markets. With an impressive track record in the financial world generally Briger also has specific expertise in foreign investment, including Asian markets. With this level of knowledge and experience, he is in a strong position to comment as an authority on future opportunities and how Bitcoin might impact traditional markets.

Researchers Ciaian, Rajcaniova and Kancs (2016) examine ‘The digital agenda of virtual currencies: Can BitCoin become a global currency?’ [See: Information Systems and e-Business Management. February. pp1–37]. In global terms the economic slowdown in China had an impact on the price of Bitcoin in the same way as it affected the prices of assets all over the world. You could say this reinforces the theory that Bitcoin is indeed a world player and that it is behaving like traditional assets.

Of course, not all economic investors are comfortable with the investment case for Bitcoin when there is economic instability. Indeed, some current investors in capital markets systems that are blockchain based believe it is too early in its development for Bitcoin to be seen as a potential solution to the difficulties in the global markets.

Having said that, plenty would disagree and undoubtedly Bitcoin has at least grown beyond the stage where investors acquire it only as a speculative venture. You will find it is now available to spend at more places than ever before. Experts reckon you can trade with Bitcoin in some tens of thousands of commercial locations.

‘Bitcoin: main trends and perspectives’ in the British Journal of Economics, Management & Trade authored by Egorova and Torzhevskiy [See: 12(1), 1-11, 2016] offers an analytical review of the potential future of Bitcoin trading. As the number of outlets where Bitcoin can be traded continues to increase you would expect merchants to become increasingly comfortable with it, however, some investors suspect that many are trading it in for local currency, rather than reinvesting in the Bitcoin market. It may simply be a matter of time and familiarity, however, before habits change.

Finally, you should remember that the Bitcoin community has experienced a bear market for nearly two years and inevitably this has weakened the price, however, you should also recognize that this is likely to be in the shorter term, with intermediate and longer term prospects looking more encouraging. Currency markets are also prone to volatility, with governments and central banks sometimes struggle to manage them. This may enable Bitcoin to emerge as a strong digital rival in the wider economy.

If you’re still unsure about whether to invest in Bitcoin, remember to take a long hard look at the alternatives in the stock markets and how these have been trading over the longer term. The continuing growth in Bitcoin transactions is boosting prices and the available data from Blockchain and BitPay indicate that over time this has been steady and rising [See: the series of articles on investing in Bitcoin by Laura Shin at forbes.com (2015)].