Russia Might Enforce Ban on Bitcoin Mining in Residential Places 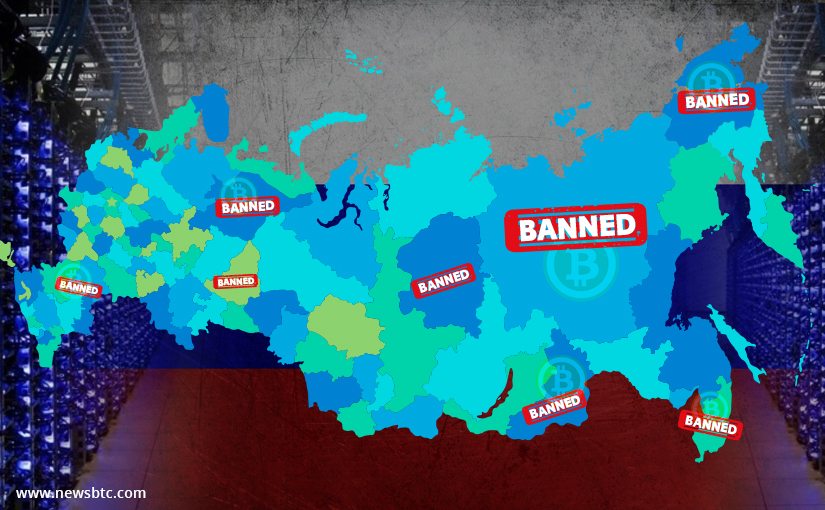 The relationship between Russia and cryptocurrency continues to evolve in different manners. It appears there is now a proposal on the table to ban Bitcoin mining in residential areas. Assuming there is any truth to this concept, things aren’t looking great for cryptocurrency miners in the country. Any apartment or flat housing a Bitcoin mining operation would be in violation of this new law. Due to the mounting electricity consumption and rising temperatures, a physical hazard is created by miners. A bit of a strange reasoning, although it also makes sense.

To put this into perspective, most at-home miners use graphics cards to mine cryptocurrency. Some enthusiasts even have one or two ASIC miners at their place to mine Bitcoin. All of this equipment requires a lot of electricity to run at optimal performance. These mounting costs are a concern for the Russian government. Additionally, officials are concerned about the hazards associated with mining. Increasing temperatures of this hardware can cause a significant risk to flat residents. It only takes one spark to trigger a fire, after all.

Another Debatable Cryptocurrency Proposal In Russia

On the one hand, it’s good to see Russian authorities acknowledge at-home mining can be a fire hazard. Many people underestimate this fact until it is too late. Then again, this situation isn’t native to Russia whatsoever. Most people’s mining rigs are protected from causing too much damage due to aluminum frames and proper spacing of equipment. If a mining operation draws too much power from the building’s net, however, a problem can occur. Malfunctioning computer hardware can be a problem, to say the least. Plus, the heat generated by these miners is also hazardous in its own way, according to a government spokesperson.

On the other hand, the comments regarding electricity can be twofold. We have seen Venezuelan regulators shut down domestic cryptocurrency mining operations due to the electricity consumption. In the Latin American country, electricity is state-sponsored. That is not entirely the case in Russia, although regulators are keeping a close eye on the overall consumption. Then again, one could also argue anyone in the world can “generate’ cryptocurrencies through mining. In a restricted country such as Russia, that is still frowned upon by many government officials.

For the time being, it important to keep in mind this new proposal is not an official law yet. There is opposition from other officials who think cryptocurrency mining needs to be encouraged. Some regions in Russia have cheaper electricity rates, which is where most mining operations are set up. Whether or not this residential area-based mining will continue for much longer, remains to be seen. For now, there is nothing preventing people from mining Bitcoin or altcoins with video cards at home.

Tags: bitcoinBitcoin Newscryptocurrency miningrussia
TweetShare
BitStarz Player Lands $2,459,124 Record Win! Could you be next big winner? Win up to $1,000,000 in One Spin at CryptoSlots