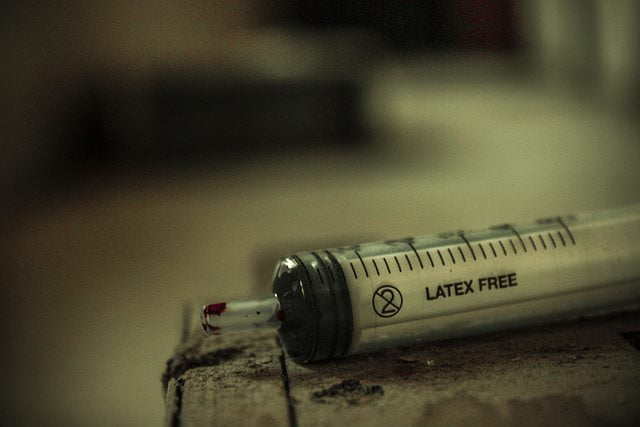 Bitcoin has often been referred to as a favorite tool for internet and offline criminals, particularly when drug dealing and trafficking is concerned. There are a lot of people under the illusion of how Bitcoin will protect them from being caught while it is only a matter of time until the digital money trail on the blockchain leads to their arrest. That being said, the Russian Federal Drug Control service feels Bitcoin poses a real threat to the country as it becomes an even more preferred method of payment.

What many people see as one of the major strengths for this popular digital currency can also be viewed as a potential weakness. Moving funds around the world in a matter of mere seconds – and at little cost – is a trait that could make Bitcoin a major contender as a new global currency in the coming years.

But at the same time, this also makes it easy to move funds around quickly in the underground circuit. While it is impossible to track cash payments, it is rather suspicious to see people walking around with envelopes filled with notes, or sports bags which could contain millions. Bitcoin does not offer those “easy to spot” giveaways of criminal activity, as people can send the money somewhere else with a few taps on their smartphone.

It should come as no surprise to find out Bitcoin has attracted a lot of attention from [Internet] criminals over the years as well. With no personal information associated with transactions, as well as the convenience Bitcoin offers to move funds around, a breeding ground for misconception and confusion has been created.

Even though Bitcoin transactions do not disclose any personal information about the user, it is not possible to be completely anonymous when using Bitcoin. All transactions can be seen by the entire world in real-time, and it is not difficult to see where funds come from or where it goes to.  As soon as someone decides to cash out bitcoins through an exchange, the game is over.

To criminals, Bitcoin may be worth the risk to move funds around the world, as there is no physical trail of funds to take into account. Furthermore, Bitcoin is not controlled by governments or banks, creating a financial ecosystem that is completely off the grid. But do not be mistaken in thinking Bitcoin is not regulated, as nearly every country in the world is keeping a very close on this digital currency.

This is also part of the reason converting large amounts of digital currency to fiat currency is tough. All users will need to go through an ID verification procedure, which asks for government issued ID, a proof of address, and documents signed by a notary [depending on the level of audit]. All of these details are processed by entities specializing in preventing fraud and criminal activity.

No Big Impact on Drug Trading in Russia Just Yet

Dmitry Brawlers, acting head of the Russian Federal Drug Control Service, has noticed how drug dealers use Bitcoin more often than before. However, there is very little evidence to back up these claims. No details have been revealed as to where Brawlers got this information from, rendering his statement completely biased and moot.

However, he did go on to note how Bitcoin could become a favorite financial tool for drug traders in the next five years. Once again, no hard evidence was presented to give these claims any level of legitimacy. The digital currency has been getting a lot of attention from companies and retailers, and the adoption rate is on the rise all over the world.

Russia has never been in favor of Bitcoin, and country officials have never made any moves to hide their negativity regarding digital currency either. It is easy to make allegations that will cause big media headlines, but it is a different thing entirely to put proof on the table to solidify those claims. So far, Dmitry Brawlers has been unable – or even unwilling – to do exactly that.