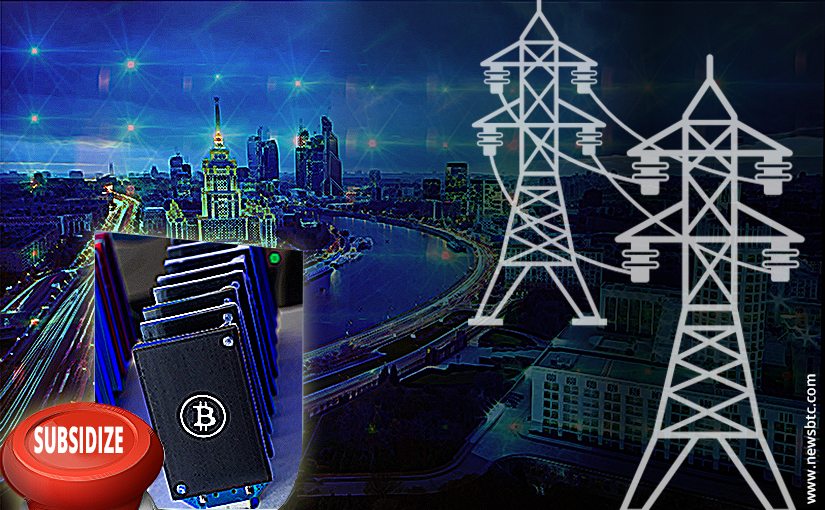 The Bitcoin situation continues to get more confusing by the minute. Over the past few days, we have seen many conflicting reports regarding cryptocurrency in this country. One of the latest disclosures involves subsidizing electricity costs to cryptocurrency miners. An interesting decision, considering the Russian government prepared to make mining in apartment complexes illegal. These conflicting statements a great way to keep making headlines, though.

Cryptocurrency mining is a strange trend in Russia. While it is normal people show an increased interest in the concept, there is lots of opposition as well. That opposition mainly comes from the Russian government. Not entirely surprising, considering the government can’t control Bitcoin and consorts whatsoever. It now turns out the Institute for Internet Development and the Russian Association of Blockchain and Cryptocurrency are working on a new initiative. Their goal is to subsidize electricity costs related to mining Bitcoin and altcoins. A rather unusual turn of events, to say the least.

The Russian government may approve this new proposal, though. According to IRI’s Arseny Shcheltsin mining operators will receive discounts on electricity. That sounds rather intriguing, even though it is not something they will offer to everyone in the country. More specifically, these subsidies will only occur in certain parts of Russia, by the look of things. Particular regions of Russia have cheaper electricity. It is probable those regions may be eligible for additional discounts in the future.

Subsidizing electricity costs would be an unusual decision by the Russian government. Many officials still oppose the concept of cryptocurrency in general. Creating a “favorable’ environment for Bitcoin mining is rather contradictory in that regard. Then again, Russia doesn’t want to miss out on the cryptocurrency revolution either.Some of the biggest mining farms in the country generate over 3,000 megawatts per month. If those costs can be subsidized in some way, mining cryptocurrency becomes a lot more profitable. Do keep in mind there is only so much the government may be willing to do, though.

Moreover, this proposal is still in the early stages. Nothing has been turned into law by the Russian government just yet. In fact, it is possible the new regulatory measure related to Special Economic Zones may never be approved. Then again, these zones attract foreign direct investments for quite some time now. If they become home to the cheapest electricity in all of Russia, interesting things are bound to happen. An exciting situation to keep an eye on, that much is certain.

Tags: bitcoinBitcoin Newscryptocurrency miningRussian Government
TweetShare
BitStarz Player Lands $2,459,124 Record Win! Could you be next big winner? Win up to $1,000,000 in One Spin at CryptoSlots