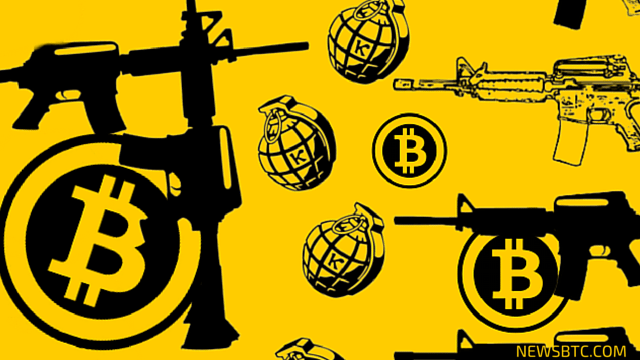 Virtual currencies such as the Bitcoin are either being used by the foreign fighters of the Islamic State (IS) or are in the process of being used, says a report by the Financial Action Task Force (FATF).

Founded in the year1989, the Paris-based FATF is an inter-governmental body which works on measures that may help in combating the flow of funds to the terrorists.

In its latest report, titled “Emerging Terrorist Financing Risks,” it has pointed out that the Bitcoin and other cryptocurrencies pose a serious threat.

Further, the report gave an example of a US national, who was sentenced to 11 years in prison on charges of terrorism, and for also providing the terrorist group with the instructions on how to use Bitcoin.

The report added later that the law enforcement agencies are equally worried over the usage of Bitcoin for funding such terrorist organizations, and that they too have noticed that some websites affiliated with these organizations are trying hard to get Bitcoin in donations.

Most notably, the report highlighted, what drew the attention of the law enforcement agencies were the internet discussions with regards to the usage of virtual currencies such as Bitcoin in procuring arms.

These doubts over the cryptocurrencies, particularly the Bitcoin, are not new; such doubts have been raised in the past as well.

Earlier, Director in charge of the Financial Policy and Regulation Department of the Central Bank of Nigeria (CBN) had cited another of FATF report when he said that virtual currency market needs regulations.

To allay such concerns, some companies are willingly coming forward to embrace the existing regulations however, it still remains largely an unregulated market.

The rising concerns over this aspect of the virtual currency have prompted authorities from different countries voicing their opinion on it, and also in seeking out ways to ensure that they do not fall into the wrong hands.

Already, Japan is busy tightening the grip over this market and it is certain that the same will be the case in other countries too.